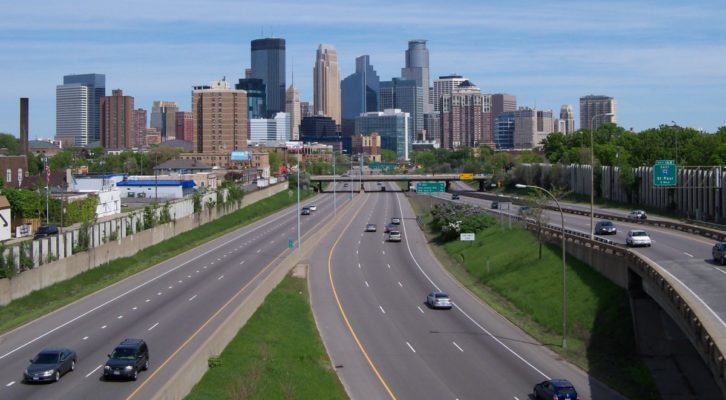 Over the past few decades, the term “gentrification,” i.e. high-income persons and households moving into poor minority neighborhoods, who, in doing so, push out significantly poorer lifelong residents, has become one of the most negatively loaded words in urban circles. Almost everyone has heard about a formerly inexpensive community that over a decade became very pricy and celebrated its recovery with the arrival of a Whole Foods selling overpriced kombucha and GMO-free produce.

As appealing and as plausible as this story may be, it’s an urban myth. The best empirical analyses conducted by urban economists have failed to detect a rise in displacements within gentrifying neighborhoods. This finding goes so much against conventional wisdom it seems impossible, but it’s true. As a matter of fact, researchers find that poor residents are more likely to stay put as their neighborhood improves. Moreover, the benefits of gentrification, in terms of reduced crime and better amenities, more employment opportunities, and reduced commutes are rarely, if ever, considered by naysayers.

There are three primary reasons why many believe that the poor suffer when wealthier residents move in. The first is that while all Americans move quite a bit, on average about 11.5 times during their lifetime, not everyone moves an equal amount. For example, from 2012 to 2013, 28 million Americans over age 15 moved: 11% of the population. Among households with incomes over $100,000, the percentage that moved was just 7%, compared to 13% for those with incomes below $5,000 excluding government benefits. As a result, merely observing that there are fewer poor in a neighborhood in no way suggests that gentrification is to blame.

A second explanation is that poor neighborhoods have had so little investment for so long, there is considerable slack in both their residential and commercial property markets.  In most middle- and upper-class neighborhoods, virtually all housing units, store fronts and office spaces are occupied. So, the arrival of a new household or business means the departure of another. But in poorer neighborhoods there are many vacant storefronts and apartments, so much so that relatively large numbers of wealthier households can move in and not push out existing residents or businesses. One study calculated that a low-income New York City neighborhood could go from a population that is 30% poor to 12% poor over a decade without displacing anyone.

Another reason the poor are not as adversely impacted as one would expect is that local governments often promote affordable housing programs such as rent control, inclusionary zoning, or other rent stabilization programs in neighborhoods that experience rapidly rising rents. Moreover, in neighborhoods experiencing rapid price appreciation, some market rate units are also built.  Because of this increase in supply, rents rise less quickly.

Separately, but closely related to the above, many persons who bemoan gentrification simultaneously lament racial segregation and the lack of investment in non-white neighborhoods.  The introduction of wealthier residents lessens the percentage of poor persons, and that has been shown to reduce teen pregnancy and incarceration rates and other such negative outcomes. Moreover, in these communities these improved social outcomes happen through market forces and frequently absent governmental intervention.  To argue against gentrification is to encourage the status quo and insist that poor neighborhoods remain poor and segregated, and needlessly cut off from opportunity.