Housing First Minnesota has named 30 Minnesota state legislators as recipients of the 2020 Housing Leadership Award. This honor recognizes legislators who worked to promote housing affordability and homeownership during the 2020 legislative session.

Numerous transformative housing policy provisions addressing the roadblocks to affordable, market-rate homes were discussed and advanced throughout the session, including zoning modernization and increased transparency in housing costs. Like most other subject matters, final housing legislation failed to get signed into law. Substantial reforms to address affordability and the inventory crisis must be addressed in subsequent legislative sessions.

“Unfortunately, Minnesota’s housing market in its current form is not working for many Minnesotans, and the difficult issues facing homebuyers must be addressed head-on,” said Siegel. “These legislators understand that we need to bring all stakeholders around the table to address the complex issues that are driving up the cost of housing and excluding many Minnesotans from homeownership opportunities.” 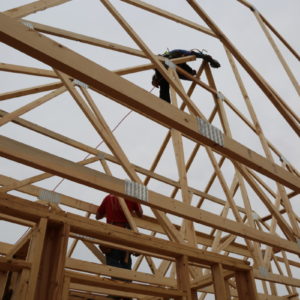 New housing unit starts were down 5.3% in June 2020 compared to the same period in 2019. Single-family home starts dropped 42%...
© 2019 Housing First Minnesota Online. All Rights Reserved
Back to top