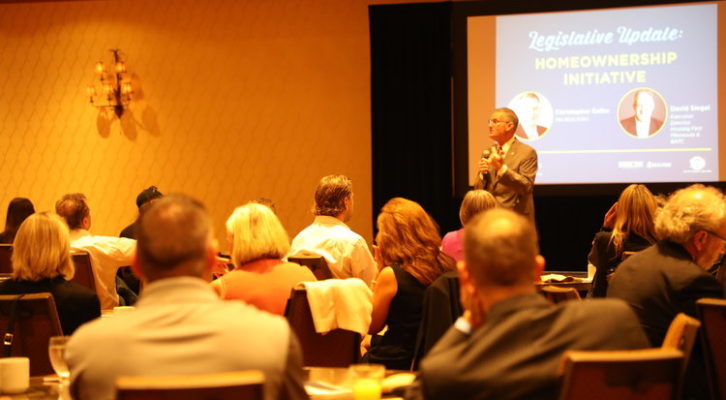 More than 100 housing industry members gathered for the Third Annual Eggs & Economics Mid-Year Summit on Wednesday, July 20th. The event marked yet another opportunity that Housing First Minnesota and the Minnesota REALTORS have partnered on behalf of the industry.

The half-day summit began with a 2017 legislative update from Housing First Minnesota Executive Director David Siegel and the Minnesota REALTORS CEO Chris Galler. Each mentioned the powerful impact of the inaugural Housing Day at the Capitol where more than 600 housing advocate spoke with 85% of the Minnesota Legislature.

Additionally, they highlighted the legislative victories of the creation of the First-Time Homebuyer Savings Account, the new requirement for Public Notice for Housing Moratorium,  the removal of barriers for Condo & Townhome Development, and the realignment of the townhome definition.

From there a panel of housing industry experts including Bob Michels, President of Housing First and Patty Zuzek, President of the Minnesota REALTORS, discussed current inventory, energy efficiency, affordability and more.

Labor, labor, labor. This is the #1 challenge of our industry in the coming years. We are seeing a shortage of framers, roofers, carpenters and more. -Bob Michels, President of Housing First Minnesota

Despite the demand for housing, homebuilders are having a difficult time providing inventory due to lack of labor. And the inventory they are able to provide is rarely at the entry-level price point due to the increasing regulatory burdens.

What's Coming Down the BATC Pipeline? 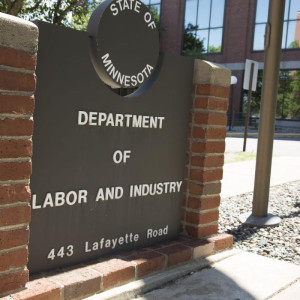