First, the population of the US is roughly 319 million. Of that number, about 65 million are under 16 and are excluded from employment data for obvious reasons. That leaves roughly 255 million Americans who are over 16. However, that number includes 43 million Americans over 66, the age at which full Social Security benefits are available. Excluding such persons, even though some are employed, leaves 212 million people between 16 and 66.

So compared to decades ago are things better or worse? It depends. Compared to 1999, when labor force participation rates were at their all-time high, several things are apparent. First, back then Baby Boomers were in their prime working years, today they are in their 50s and 60s and rapidly retiring. Second, the percentage of full-time students has risen for every age category. Third, the percentage that are disabled and fourth, the percentage wanting a job but not looking for one have both risen across all age categories. It’s these last two categories that are of concern.

In conclusion, the “real” number of Americans not in the labor force is at most 26 million, not the 92 million number that is widely cited, because many of those individuals are in school, caring for a family member, or as increasingly is the case, have retired. That said, the increase in the percentage of discouraged workers, those on disability, those in school, and those that are retired has risen by about five percentage points since 1999, thereby reducing both the labor force participation rate and the unemployment rate.

Join us for a Very Special Key Ceremony! 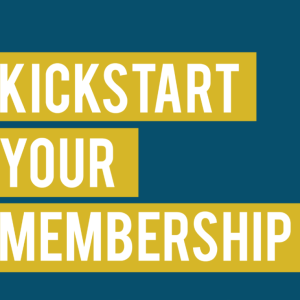 Get ready to kick off your BATC membership at our new KICKSTART event. This first-of-its-kind event will feature interactive...
© 2019 Housing First Minnesota Online. All Rights Reserved
Back to top