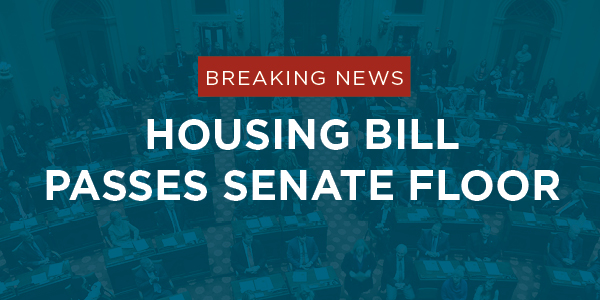 On Monday, the Minnesota Senate passed one of the Homeownership Initiative Pillars: Public Notice for a Housing Moratorium.

This proposal received bi-partisan support and further boosts momentum for the housing industry as we head into the final days of the legislative session. To all who contacted their legislator in support of this initiative – THANK YOU!

Public Notice For a Housing Moratorium– HF 330 passed on a vote of 38-29. This compromise solution between BATC and the League of Minnesota Cities continues to attract opposition from environmental groups. The bill provides common-sense transparency measures to ensure that landowners are afforded basic public notice of a housing moratorium prior to its enforcement. Given the consequential nature of a housing moratorium, the bill aligns it with the 2/3 voting standard currently required for major land use decisions.

HF 330 passed the Minnesota House with a 87-44 vote earlier in the session and is now expected to go into a conference committee to reconcile differences between the two chambers.