Last March the legislature was just days away from hearing transformative zoning bills. And then the pandemic hit and the state began a series of shut downs in response.

In the year since, Minnesota’s housing market has only gotten tighter and less affordable for many Minnesota families.

Minnesota currently has the worst housing affordability in the Midwest. The median sales price of an existing home is $305k and the median new home price is $430k.

Our state’s inventory is among the worst in the country, currently with less than a month of inventory.

This week, the Senate Housing Finance & Policy committee heard SF915, authored by Senator Rich Draheim of Madison Lake. This bill is aimed at addressing Minnesota’s exclusionary zoning practices by addresses one of the top affordability barriers head-on, the manipulation of Planned Unit Development Contracts. PUDs almost always end with cost-driving conditions like exterior aesthetic requirements, big lots, big garages, expensive tree placement plans, elaborate park systems, and a host of fees and exactions- some of which have been stricken down by the Minnesota Supreme Court as illegal.

While SF 915 alone will not solve all of our housing problems, it is a significant step forward that will allow for the creation of more starter homes, a product that consumers are desperately begging for. The bill passed out of committee and was sent to the Local Government Committee. 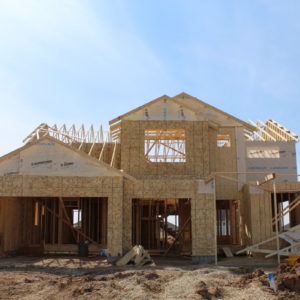 “Our housing market is drastically undersupplied. That coupled with the low mortgage rates and many still working from...
© 2019 Housing First Minnesota Online. All Rights Reserved
Back to top