Legislative Session Week Nine: Here’s What You Need to Know

Codes Technical Bill: SF 201/HF 539 will be heard in committee for the first time on Tuesday, 3/10. The creation of a 6-year code cycle continues to draw concerns from groups engaged in code development processes – work continues on language that attempts to satisfy multiple stakeholders. An additional 3 months of implementation time for codes developed in the future appears to have agreement across the stakeholder spectrum.

Dayton to Release Budget Next Week: With an updated budget surplus forecasted at nearly $2 billion, the Governor announced that he will release a supplemental budget next week. Look for increased investments in nursing homes and education. The stage is setting for final negotiations of the state’s budget will occur over the next 5-7 weeks.

Codes Challenge: BATC continues work on its petition to the MN Court of Appeals. The petition seeks to invalidate the sprinkler mandate,and also to remand portions of the energy code back to DLI to be re-worked. Our appellate brief is due to the Court of Appeals on Monday, March 23. 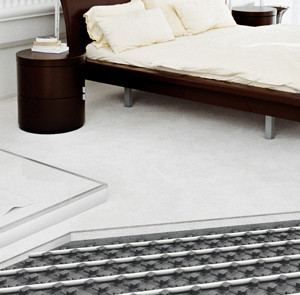 Anyone who has ever experienced radiant floor heating agrees that it is the most comfortable and energy-efficient method...
© 2019 Housing First Minnesota Online. All Rights Reserved
Back to top