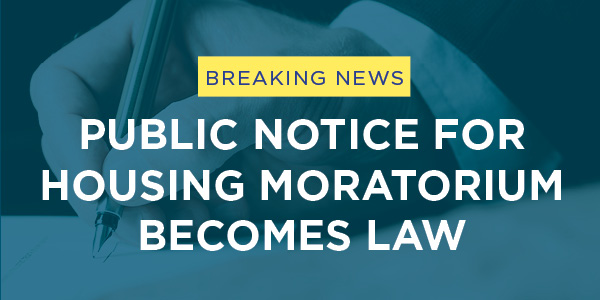 On Monday, May 15, Governor Dayton vetoed HF 330, a bill that would have required public notice prior to the implementation of a housing moratorium. In his veto letter, Governor Dayton stated: “Should a subsequent bill provide for a majority vote instead of two-thirds, I would reconsider this legislation.”

BATC continued to work with legislative leaders and the Governor to find common ground on this issue in the closing days of the legislative session. And with that, the provision was included as part of the Jobs and Economic Growth Omnibus Bill, SF 1456, that Governor Dayton signed into law on Tuesday.

The Law Does the Following:

A Big Win For First-Time Homebuyers 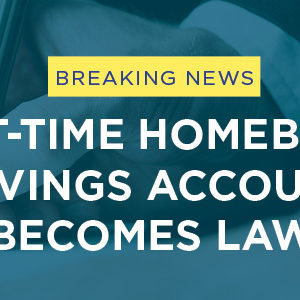 A Big Win For First-Time Homebuyers

On Tuesday, Governor Mark Dayton signed HF 1, the Omnibus Tax Bill, into law. Included in this was a provision for the creation...
© 2019 Housing First Minnesota Online. All Rights Reserved
Back to top