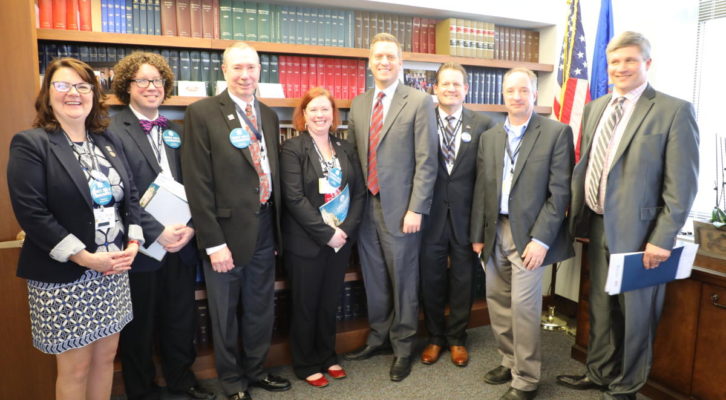 More than 600 members of the Builders Association of the Twin Cities (BATC) and the Minnesota REALTORS came together Thursday February 23rd, to advocate for homeownership during the first ever Housing Day at the Capitol. The monumental event marked the start of an exciting partnership as both groups joined together to share with lawmakers their collective support of the Minnesota Homeownership Initiative, a package of legislative proposals that promote homeownership.

“Homeownership strengthens our communities and helps build safe and secure neighborhoods. This collection of legislation is an important step in opening the door to homeownership for the next generation of Minnesotans,” said Christopher Galler, Chief Executive Officer of the Minnesota REALTORS.

The Minnesota Homeownership Initiative addresses many of the challenges current and future homeowners face. This package of common-sense legislative proposals aims to protect the dream of homeownership for all Minnesotans by creating opportunities for first-time homebuyers and addressing the cost-drivers that are negatively impacting housing affordability.

“A recent survey showed that 84% of Twin Cities residents believe that owning a home is central to the American Dream, and yet homeownership in Minnesota is at a 50-year low,” said David Siegel, Executive Director of BATC. “It’s clear we need to be doing more to support and encourage homeownership.”

Homeownership is the backbone of safe neighborhoods, healthy schools, a consistent labor force and stronger communities. In a recovering housing market in the wake of the worst recession in 70 years, a variety of strategies are needed to help families purchase their dream home.

Public Notice for Housing Moratorium – Today there is no due process protecting homeowners and land owners before the use of their properties is frozen by a housing moratorium for up to a year. This legislation would provide advance notice and a public hearing before a moratorium is imposed that would regulate, restrict, or prohibit activities relating to housing.

Rulemaking Review – The regulatory costs associated with new construction have surged over the past decade. This legislation would allow the legislature to conduct oversight on a housing rule proposal that would increase the costs to a homeowner by more than $1,000. Research demonstrates that for every $1,000 increase in the price of a home, that 4,000 Minnesotans can no longer purchase that home.

Home Tax Conformity – This measure would make mortgage debt cancellation tax relief and mortgage insurance premium deductibility permanent features of Minnesota’s tax code. Mortgage debt cancellation tax relief provides homeowners, who have had some portion of their mortgage debt forgiven by a lender through a short-sale, foreclosure, or a principal reduction, relief from having that forgiven debt treated as “income” and taxed. Mortgage insurance premium deductibility benefits homeowners, often first-time homeowners who had to purchase mortgage insurance because they were not able to make at least a twenty-percent down-payment, by allowing them to deduct the premiums from their taxes.

Condo/Townhome Development – Ten years ago 57% of our new home market was multi-family, today it is just 15%. A healthy housing market includes a wide variety of options to meet demand, condo/townhomes are sought-after by first-time homebuyers. A key challenge to a healthy condo/townhome market is the state’s current construction defects law, which needs to be amended to encourage more condo/townhome development.

Manufactured Home Title Issues – Transferring ownership of a manufactured home can sometimes be a challenge because manufactured homes are titled as personal property (like a motor vehicle) rather than as real property. This legislation would create an administrative process that manufactured homeowners could follow to obtain a new title, rather than having to commence an action in the judicial system, which can be complicated, slow, and expensive. 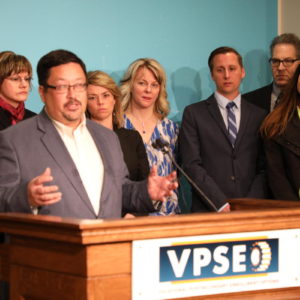 BATC's 2016 Legislator of the Year, Representative Jim Nash, introduced a bill during a press conference Monday, that would...
© 2019 Housing First Minnesota Online. All Rights Reserved
Back to top