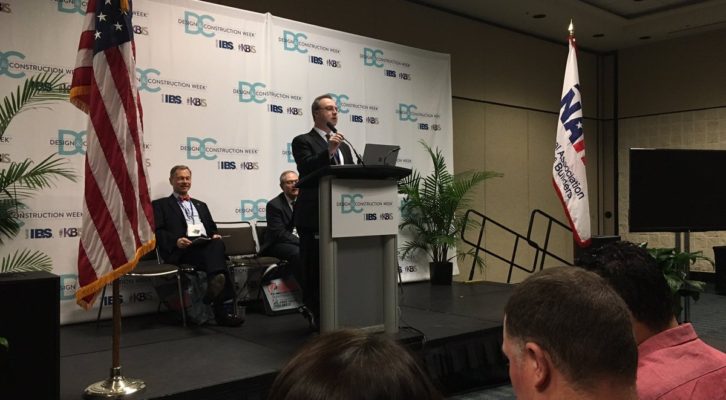 There is more growth ahead for single-family construction, according to NAHB’s chief economist, Robert Dietz, who presented NAHB’s 2017 Housing and Economic Forecast at the International Builders Show Tuesday in Orlando. Dietz is predicting a 10 percent increase in single- family housing starts in 2017, with a 12 percent increase in 2018.

The factors fueling the growth are the growing economy, solid employment gains and rising household formations. The biggest concern will be if there are enough workers to sustain the increase in production.

“While positive developments on the demand side will support solid growth in the single-family housing sector in 2017, builders in many markets continue to face supply-side constraints led by the three ‘Ls’ – lots, labor and lending,” said NAHB Chief Economist Robert Dietz.

According to Dietz, 64 percent of builders nationwide report low or very-low lot supplies; the rate of unfilled jobs in the construction sector is now higher than the building boom; and that acquisition, development and construction loans for builders–while on the rise–needs to grow faster to meet demand.

Single-Family Construction: Starts expected to climb by 10 percent in 2017, and 12 percent in 2018. Dietz also predicts we will see the size of single-family homes shrink as builders find ways to build more entry-level homes.

Multifamily Construction: Expected to be flat through 2018. We most likely saw the peak of multifamily construction in 2015. While there is still a high level of production in rental units, there is a shortage of condos.

Existing Housing: Existing home sales are predicted to be flat this year as inventory remains low. Price growth is expected to slow as well.

Millennials: Are not that young anymore! All eyes on Millennials as the largest portion of them get closer to 31-years of age, which is the new average age of first-time homebuyers. Expected wage growth and job creation could have them ready to settle down and buy.

Remodeling: Still positive, but not as positive for 2017. Projection is a 1% growth rate in 2017, and 2% growth rate in 2018. With the recent price growth in existing housing, homeowners are not afraid to invest in their homes. Remodelers are seeing more additions and bigger projects.

Lending: Expect a rate hike early in 2017, and several more before the year is done.

Labor: Expected to be the biggest constraint on housing in 2017. Labor limited housing growth more than predicted in 2016 and experts are concerned that is could seriously hold housing back in 2017. 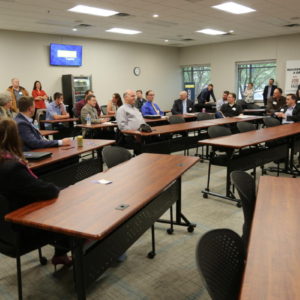 BATC added 20 new members in December to help make 2016 our best year for membership in more than a decade. In all, BATC...
© 2019 Housing First Minnesota Online. All Rights Reserved
Back to top