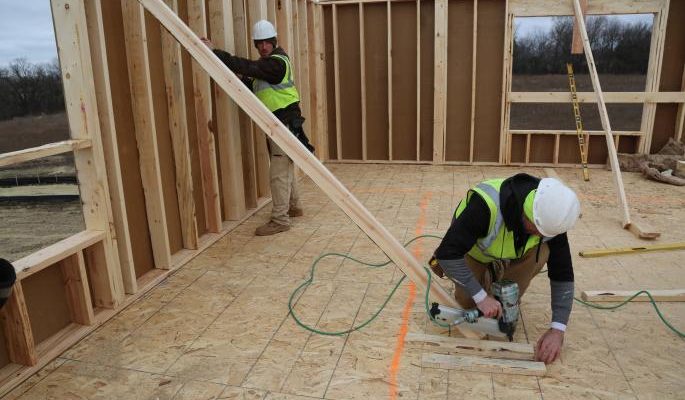 According to data compiled by the Keystone Report for BATC, there were 455 permits issued for a total of 1,092 units during four comparable weeks in the month of January.

“Twin Cities homebuilders are definitely feeling optimistic about 2017,” said Bob Michels, the Builders Association of the Twin Cities 2017 President. “There is a serious need for housing in the Twin Cities; we are focused on building strong communities at a price families can afford.”

“Homeownership strengthens communities and provides stability for families, yet there are major road blocks for home buyers right now,” said BATC Executive Director, David Siegel. “We are working with lawmakers at the Capitol this year to create incentives for first-time homebuyers and regulatory reform that will help our industry build more entry level housing.” 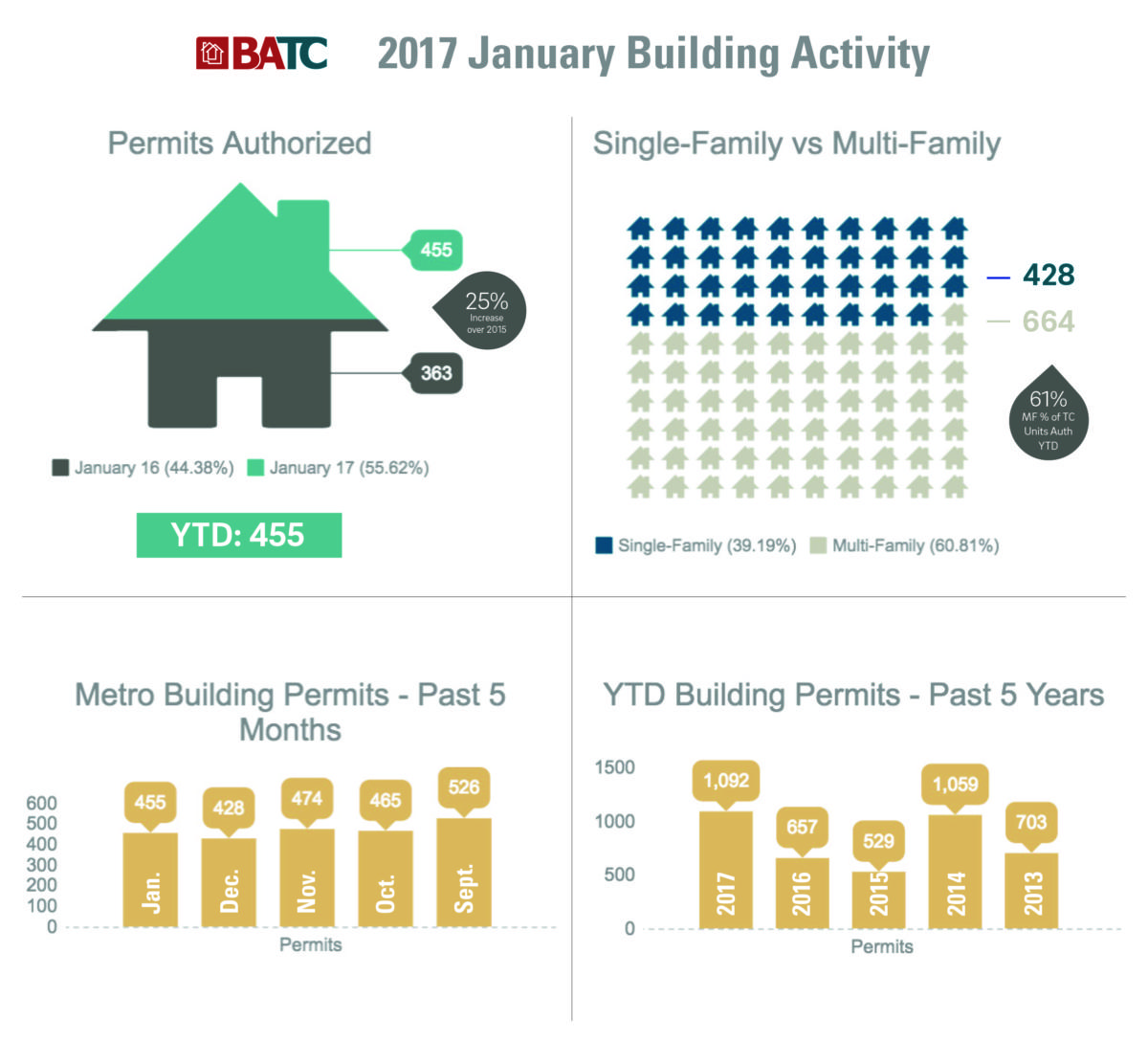 For January, Lakeville took the top spot with 46 permits pulled. Edina came in next with 27 permits, followed by Blaine with 24 permits, Woodbury with 22 permits, and Maple Grove with 21 permits pulled. 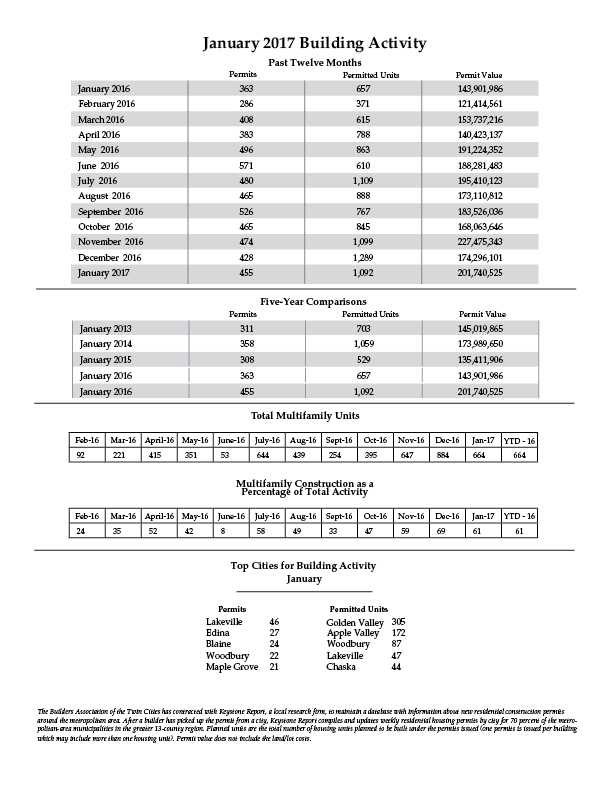 BATC Inducts its 2017 President and Board of Directors 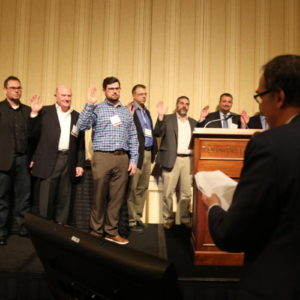 BATC Inducts its 2017 President and Board of Directors

In front of a crowd of over 200 members BATC named Bob Michels, of Michels Homes, as its 2017 President at the St. Paul Hotel....
© 2019 Housing First Minnesota Online. All Rights Reserved
Back to top