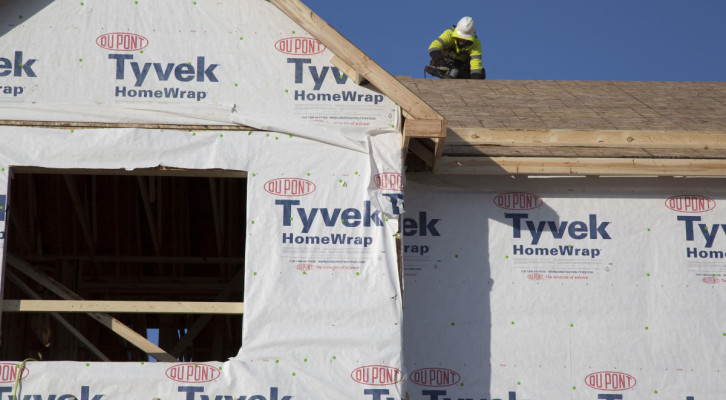 As expected, there was a spike in residential construction permits as many rushed to beat the new residential building codes taking effect over the past several weeks. Single-family permits were up 47 percent compared to February 2014, while multifamily permits have completely dropped off this year, down more than 70 percent from this time last year.

According to data compiled by the Keystone Report for the Builders Association of the Twin Cities (BATC), there were 347 permits issued for a total of 357 units during four comparable weeks in the month of February 2015.

“We’re always happy to see an increase, but with the new residential building code taking effect this month we have concerns over what the numbers really mean,” said Chris Contreras, 2015 BATC President.

“We know that builders across the region have seen a rush to get permits filed before the new expensive codes take effect. We are concerned that these new regulations will stifle the industry,” said Contreras. “The codes are unnecessarily expensive for homeowners, and building officials around the state need more time to get ready for enforcement. We need to send the codes back, and get it right.”

For the month, Plymouth issued the most permitted units at 28, followed by Lakeville with 27, and Blaine for third with a total of 23 units. Rounding out the top five is Brooklyn Park with 20 units and Maple Grove with 18. 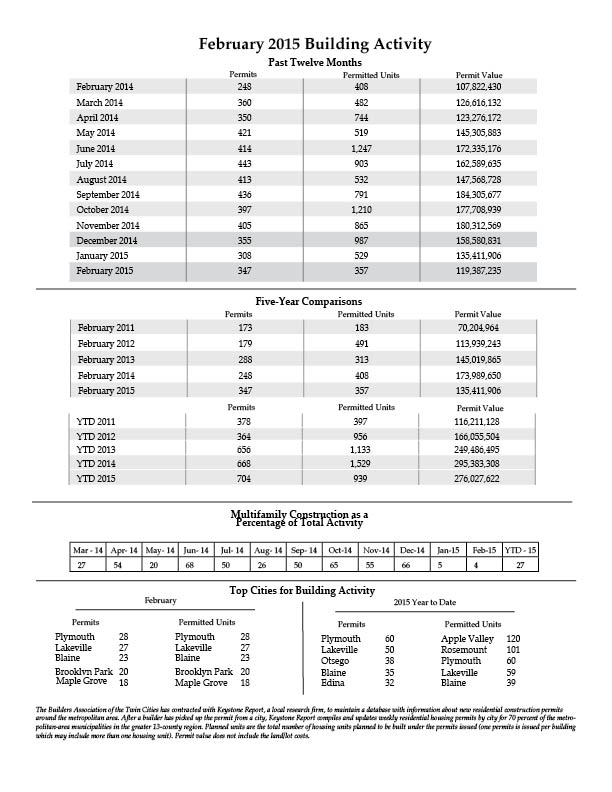 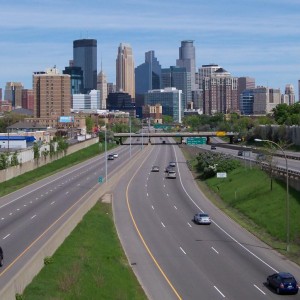 According to a KSTP/SurveyUSA poll, 75 percent of Minnesotans approve of the House GOP's transportation plan, that would call...
© 2019 Housing First Minnesota Online. All Rights Reserved
Back to top