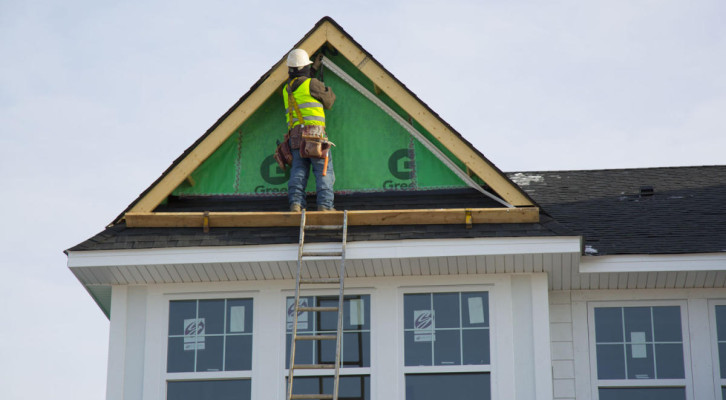 Twin Cities Gets a Residential Construction Boost in November

Several large multi-family projects in Minneapolis gave Twin Cities residential construction a boost in November. Multi-family units accounted for 73 percent of the month’s total activity and brought the total number of year to date units to the plus side (up .5 percent). Single-family activity also saw a small increase with the number of permits up six percent from November 2014.

“We are very happy to see a boost in permit numbers after another great fall Parade of Homes. We started the year expecting to see large gains in residential construction, but continued to be disappointed. We are hopeful that this positive trend will continue into the new-year.” — Chris Contreras, 2015 BATC President.

“With so many economic indicators trending up, we remain concerned that regulatory and other factors have resulted in an under-performing residential construction industry,” said Contreras.

For the month, Minneapolis issued the most permitted units at 481, followed by Ramsey with 138, and Minnetonka with 88 units. Rounding out the top five are Lakeville with 42 permitted units and Forest Lake with 37 units. 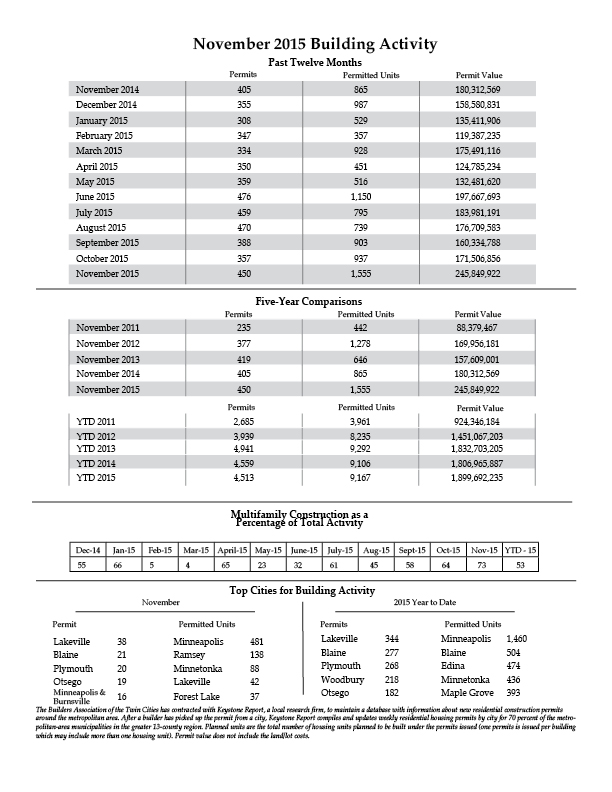 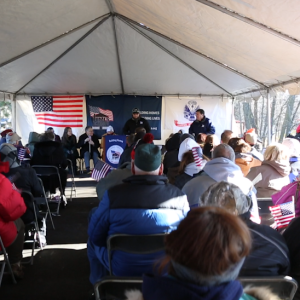 It may have been one of the coldest days of the year so far, but that didn't stop over a hundred people from coming out to give...
© 2019 Housing First Minnesota Online. All Rights Reserved
Back to top