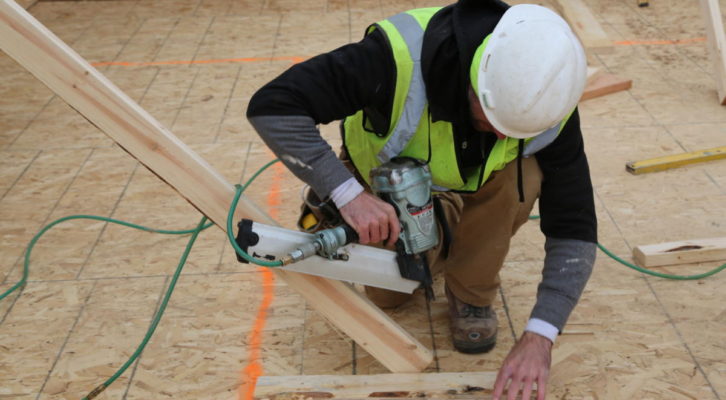 Leaders in the Twin Cities single-family-home-construction industry were “slightly less pessimistic” about market conditions in June than they were last December. That’s according to a survey conducted by the University of St. Thomas Shenehon Center for Real Estate in partnership with the Builders Association of the Twin Cities (BATC).

The Twin Cities Home Builders Survey is patterned after St. Thomas’ Minnesota Commercial Real Estate Survey that began in 2010. The home builders survey polls the same panel of 35 industry leaders every six months about their expectations in six key areas of the housing market one year in the future. The first survey was conducted in December 2015.

“The participants were strongly optimistic in their expectation of increasing sale prices per square foot and the number of single-family housing starts, and they were moderately optimistic about an increase in availability of finished lots in the coming year,” said Herb Tousley, director of Real Estate Programs at the University of St. Thomas.

“However, the expectation of increasing land prices and a belief that the cost of building materials will increase over the next year was a cause for concern that tempered the composite index,” according to David Siegel, executive director of the Builders Association of the Twin Cities.

“Increasing prices of land and building materials increase total building costs which in turn creates a drag on single-family housing construction and is reflected in the survey as a pessimistic score. There is also an expectation that mortgage rates are going to increase moderately over the next year. This is also reflected pessimistically in the survey as it adds to the total cost of purchasing a home,” said Siegel.

Tousley noted that these first two surveys are providing a baseline to compare with future surveys. “As we accumulate more survey results over the next few years, the results will begin to reveal market trends that will be useful as a forecasting tool,” he said.

“The industry leaders we poll are actively engaged in studying both the demand and supply side of the housing market,” said Tousley. “Since they are involved in creating new housing units and adjusting supply-to-demand conditions, these individuals are close to the actual changes taking place in the market.”

Here are the scores for each of the six questions:

This score indicates an increasingly optimistic expectation by the panel that the number of new single-family housing starts will increase in the coming year.

This reflects the panel’s strong belief that sale prices will be significantly higher a year from now. The net result is the expectation that when compared to previous years, 2016 will be a much better year for single-family home builders.

Availability of finished lots: 56 (up 6 from December)

This indicates an increasing optimism that there will be more finished lots available over the next 12 months. That’s a good thing for the market since it helps moderate land prices and encourages more construction.

Cost of building materials: 36 (up 2 from December)

Like land prices, this score is just slightly less pessimistic and continues to reflect a concern that some of the gains from increased sale prices and more building starts could be offset by the higher costs of building materials.

This reflects the panel’s expectation that mortgage rates are going to increase moderately over the next year. Most panelists are expecting an increase of .5 to 1 percent. 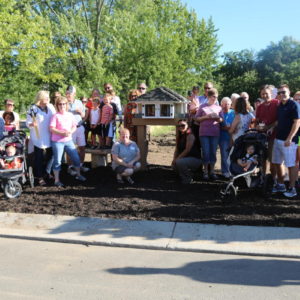 The residents of Cardinal Place in Oakdale now have a new special spot in their neighborhood to share books and read. The BATC...
© 2019 Housing First Minnesota Online. All Rights Reserved
Back to top