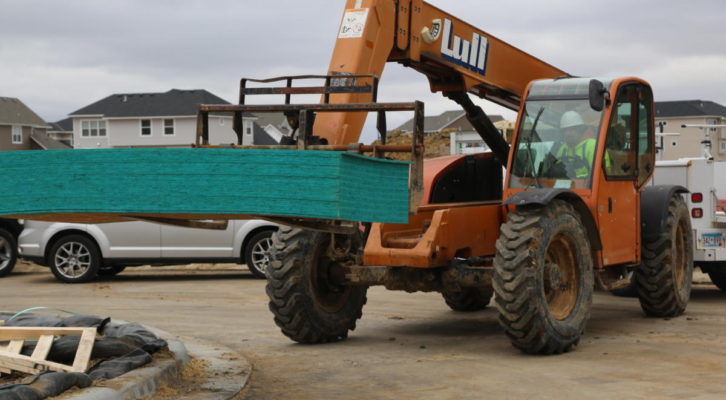 According to data compiled by the Keystone Report for the Builders Association of the Twin Cities (BATC), there were 465 permits issued for a total of 888 units during four comparable weeks in the month of August 2016.

“With low inventory in the existing housing market, we know that families are struggling to find homes in the community they love, which is likely fueling the continued rise in new single-family homes,” said Meg Jaeger, the Builders Association of the Twin Cities 2016 President. “Our Fall Parade of Homes opens on September 10th and may be just the resource they need to find the right home and neighborhood.”

“All of the ingredients for a growing new construction housing market are in place,” said BATC Executive Director, David Siegel. “But, we continue to see rising construction and development costs plus increased regulation that may put a damper on the market.”

For the month, Minneapolis took the top spot with 220 permitted units, followed by Blaine with 219 and Lakeville with 42. Rounding out the top five were Woodbury with 28 units and Otsego with 22 units. 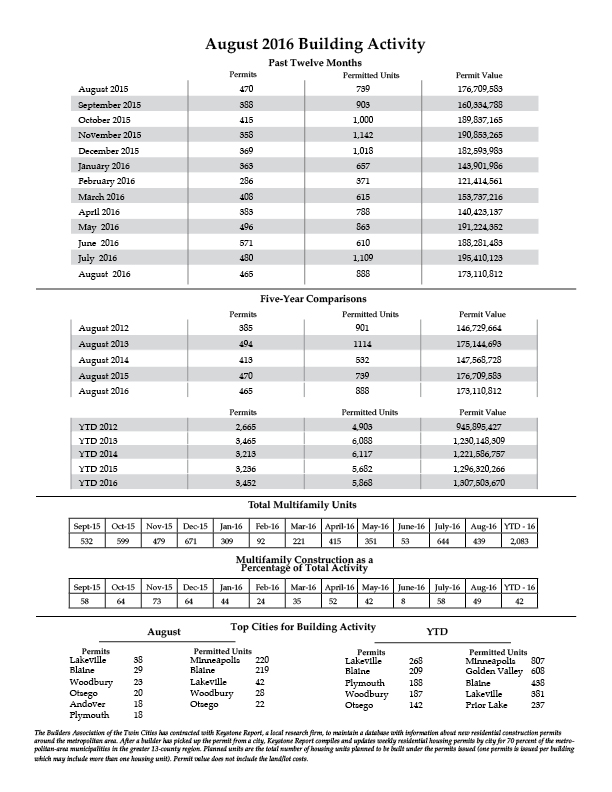 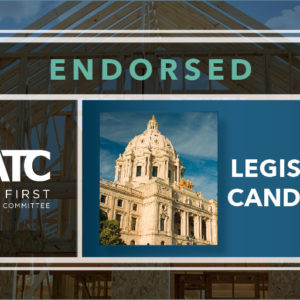 The Housing First Political Action Committee, a committee of the Builders Association of the Twin Cities (BATC), is proud...
© 2019 Housing First Minnesota Online. All Rights Reserved
Back to top