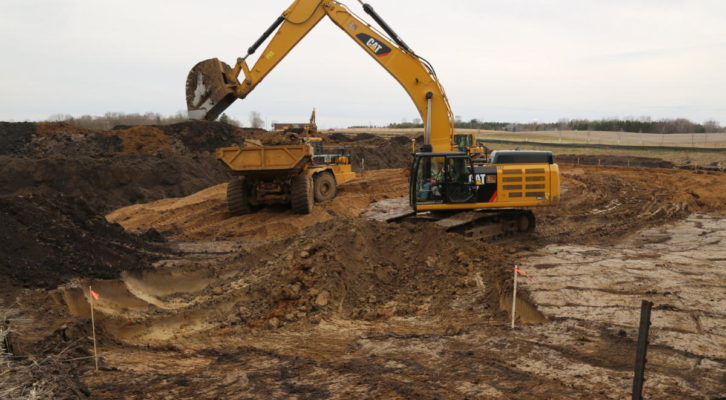 An increase in single-family production in May helped put 2016 on pace to be one of the strongest starts to the year for residential construction since 2007. Month-over-month May permits pulled were up 38 percent compared to 2015 and units were up 60 percent. Year-to-date permits are up 16 percent over 2015 and units are up 21 percent.

According to data compiled by the Keystone Report for the Builders Association of the Twin Cities (BATC), there were 496 permits issued for a total of 830 units during four comparable weeks in the month of May 2016.

“Builders are seeing an increase in activity, but are still cautiously optimistic,” said Meg Jaeger, the Builders Association of the Twin Cities 2016 President. “The labor shortage and increased regulatory costs are tempering our growth.”

“There is a serious need for entry level housing in the Twin Cities. Our builders are trying to answer that call, but the regulatory burden continues to price families out of the market, “ said BATC Executive Director, David Siegel.

For the month, St. Louis Park issued the most permitted units at 146, followed by Lakeville with 94. Monticello issued permits for 79 total units, and rounding out the top five were Minnetonka with 57 units and Minneapolis with 40 units. 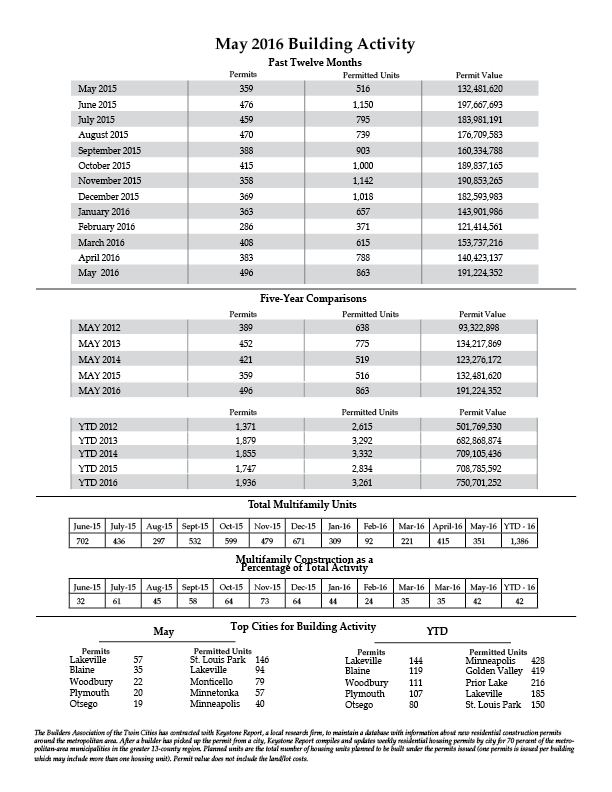 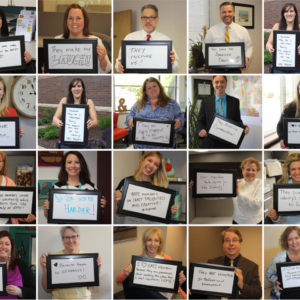 Okay, Okay, we love ALL of our BATC members ... so we're planning a party to celebrate and thank each and every one of you! Please...
© 2019 Housing First Minnesota Online. All Rights Reserved
Back to top