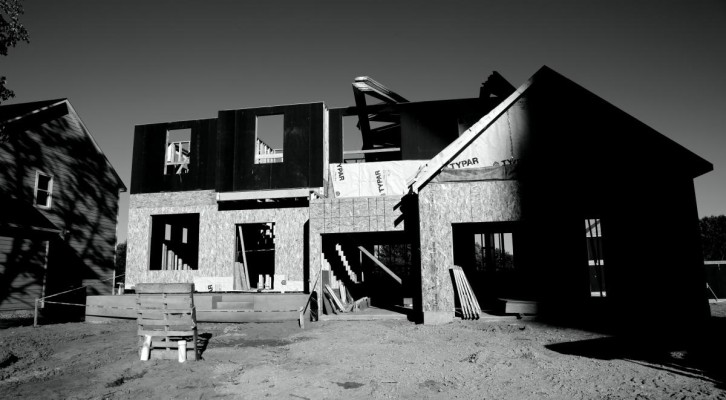 Roseville, MN (December 30, 2014) –Residential construction activity ended the year similarly to how it started. December saw an increase in permitted units compared to November, but overall units were down one percent compared to 2013.

“We had hoped to see a much stronger year in 2014 for single-family construction, but the numbers continue to show little improvement if any,” said Shawn Nelson, Builders Association of the Twin Cities 2014 president and president of New Spaces. “Builders are feeling the full effects of the regulatory burdens that continue to raise the price of new homes in Minnesota.”

For the month, Bloomington issued the most permitted units at 395, followed by Minnetonka with 102. Elk River issued permits for 55 total units, Minneapolis for 48 units and Stillwater rounded out the top five with 47 units permitted.

For 2014 as a whole, its no surprise Minneapolis took the top spot with 2,312 permitted units. Maple Grove came in next with 512 units, followed by Savage with 481 units, Blaine with 392 units, and Woodbury with 382 permitted units. 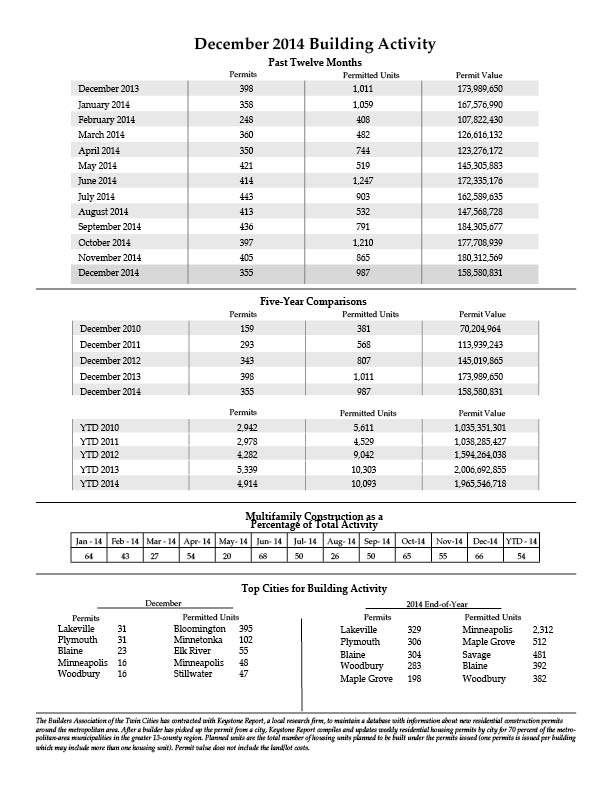 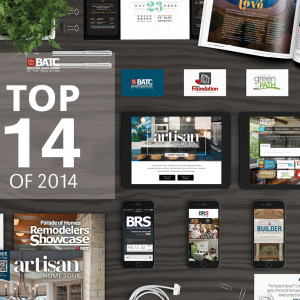 We had an outstanding year here at BATC. Looking back we tried to make a list of the top 14 in 2014. Cutting them down to 14 was tricky,...
© 2019 Housing First Minnesota Online. All Rights Reserved
Back to top