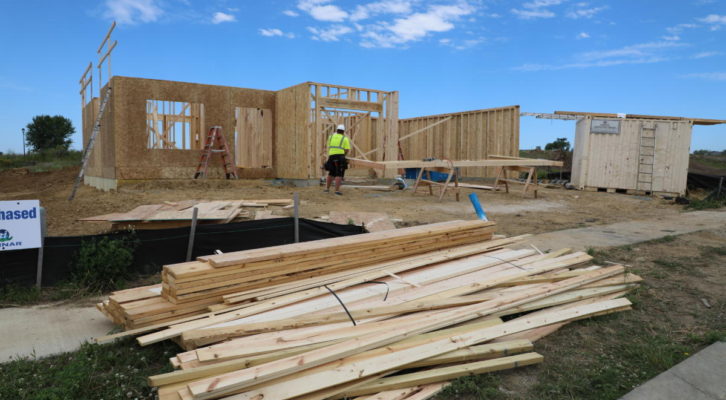 Single-family construction surged ahead in June with a total of 612 permitted units. The last time Twin Cities home builders pulled more than 600 permits in a single month was in January of 2006. Multifamily construction slowed slightly in June with 385 permitted units. Town home construction continues to rise in the Twin Cities. Year-to-date the number of permits pulled for multifamily projects 16 units or less are up nearly 60 percent and the total number of units are up 70 percent.

According to data compiled by the Keystone Report for the Builders Association of the Twin Cities (BATC), there were 634 permits issued for a total of 997 units during four comparable weeks in the month of June.

“The first step to homeownership, the entry-level home, is in short supply. Homebuilders are finding ways to fill that gap,” said Bob Michels, president of Housing First Minnesota. “With new legislation that solves some of the barriers that have put a damper on town home and condo development, we should see an increase in construction of these common entry-level homes.”

“Builders would like nothing more than to construct more affordable homes, but there are several factors pushing against market-based affordable housing including regulations and the increasing labor shortage,” said David Siegel executive director of Housing First Minnesota.

For June, Lakeville took the top spot with 46 permits issued. Plymouth and Blaine came in next with 37 permits, followed by newcomer to the top five, Victoria with 31 permits, and Woodbury with 30 permits issued. 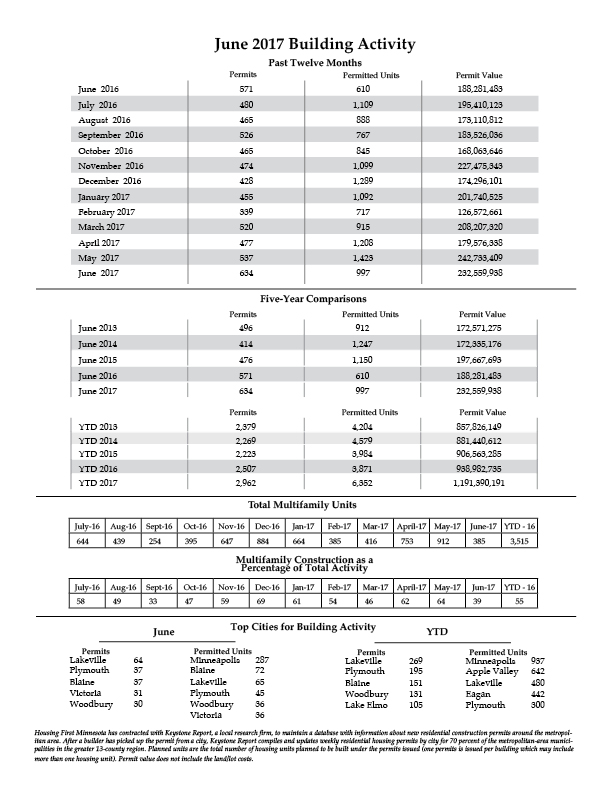 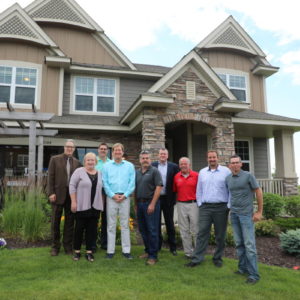 More homes are built in the 2nd Congressional District than anywhere in the state. That's why Thursday's dialogue between...
© 2019 Housing First Minnesota Online. All Rights Reserved
Back to top