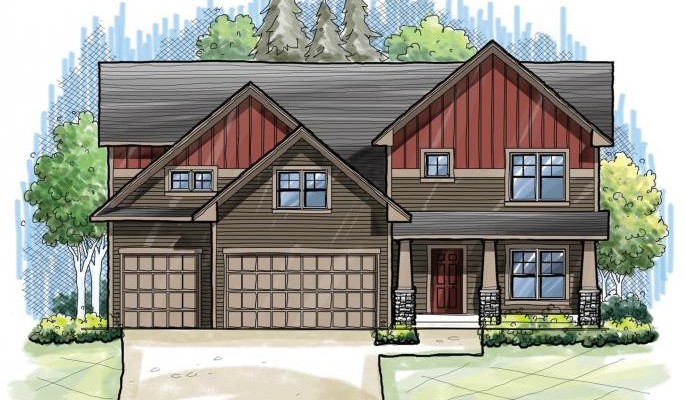 Twin Cities’ residential construction continued its somewhat lackluster performance during July. While single-family permits were up 3.6 percent when compared to July 2014, year to date remains down by a bit over one percent. Multi-family permits remained down, now at nearly 12 percent behind this time last year.

According to data compiled by the Keystone Report for the Builders Association of the Twin Cities (BATC), there were 459 permits issued for a total of 795 units during four comparable weeks in the month of July 2015.

“While summer is traditionally slower for new construction, we’re still lagging last year’s numbers,” said Chris Contreras, 2015 BATC President. “We’re hopeful that the upcoming Fall Parade of Homes will inject some life in the market, putting us back on track with the rest of the country.”

“With Twin Cities’ resale housing hitting a ten year high in June, we can only believe that new home sales are sure to follow,” said Contreras.

For the month, Blaine issued the most permitted units at 266, followed by Minneapolis with 154, and Lakeville was third with 49 units. Rounding out the top five are Maple Grove with with 38 permitted units and Plymouth with 36 units. 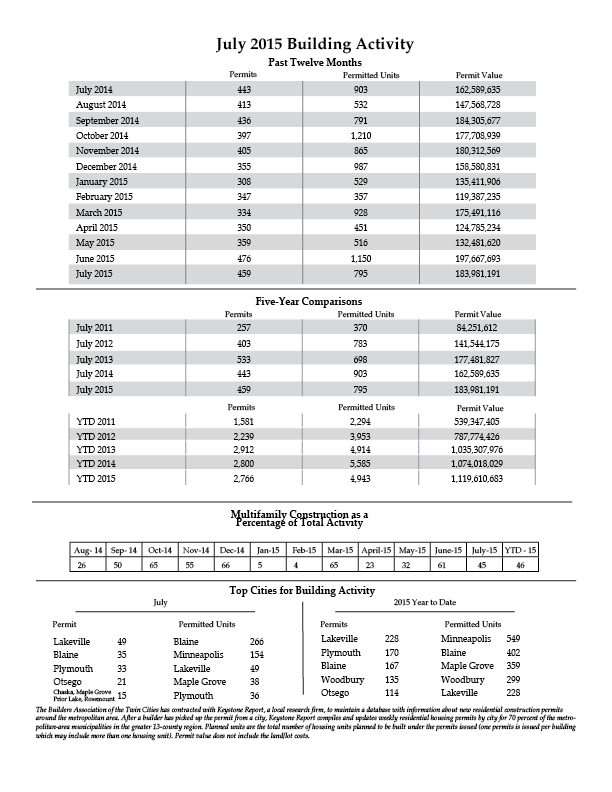 BATC Foundation Breaks Ground on their Next Project the Bluebird House 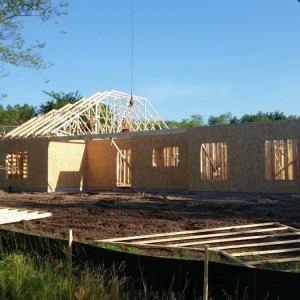 Raise the roof! The adaptive home for veteran Marco Solt and his family is moving along. The home is being built with the support...
© 2019 Housing First Minnesota Online. All Rights Reserved
Back to top