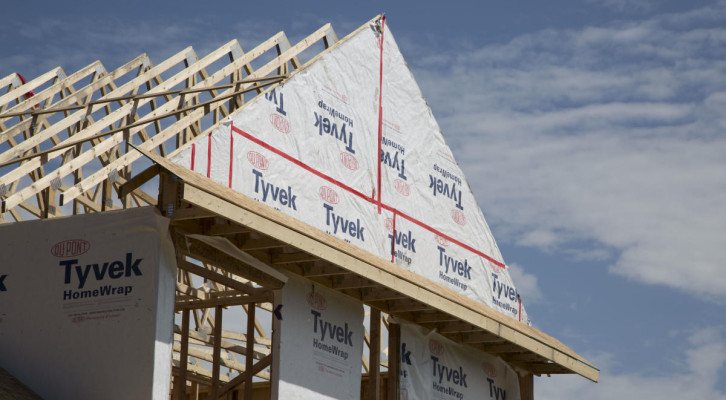 Twin Cities See a Boost in Residential Construction in June

According to data compiled by the Keystone Report, there were 476 permits issued for a total of 1,150 units during four comparable weeks in the month of June 2015.

“After several months of disappointing numbers, we’re pleased to see a boost in the market,” said Chris Contreras, 2015 BATC President. “We’re hopeful that this trend will continue, putting the Midwest back on track with the rest of the country for an improving housing market.”

“We remain disappointed in how the local new construction market has lagged both the national numbers and the local resale housing market for the year,” said Contreras.

For the month, Minneapolis issued the most permitted units at 308, followed by Maple Grove with 228, and Chaska was third with a total of 148 units. Rounding out the top five is Lakeville with 48 permitted units and Woodbury with 41 units. 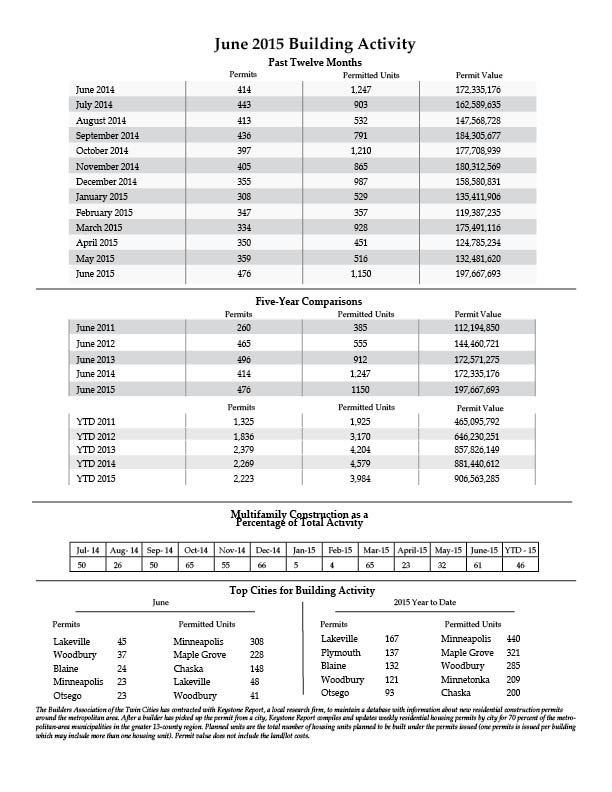 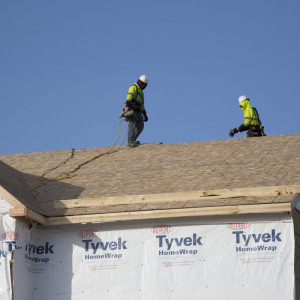 A workforce shortage has many in the homebuilding industry concerned, and new projections do not paint a pretty picture....
© 2019 Housing First Minnesota Online. All Rights Reserved
Back to top