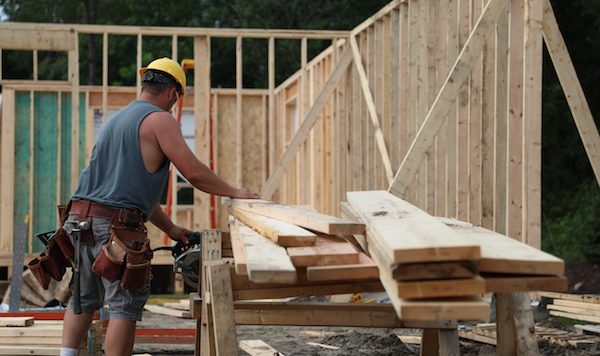 According to data compiled by the Keystone Report for Housing First Minnesota, there were 595 permits issued for a total of 1,061 units during four comparable weeks in the month of June.

“Builders are still making up for the slowdown caused by the long winter,” said Tom Wiener, president of Housing First Minnesota. “Homebuyers are feeling good about the economy and ready to buy.”

“While housing inventory is picking up it is still well below where it should be,” said David Siegel, executive director of Housing First Minnesota. “Data and demand shows single-family housing is still the most desired by homebuyers and it’s clear we need more of it.”

For the month, Lakeville took the top spot with 43 permits issued. Otsego came in next with 34 permits, followed by Woodbury with 30 permits. Rounding out the top five are Savage with 27 permits issued and Maple Grove with 25 permits issued. 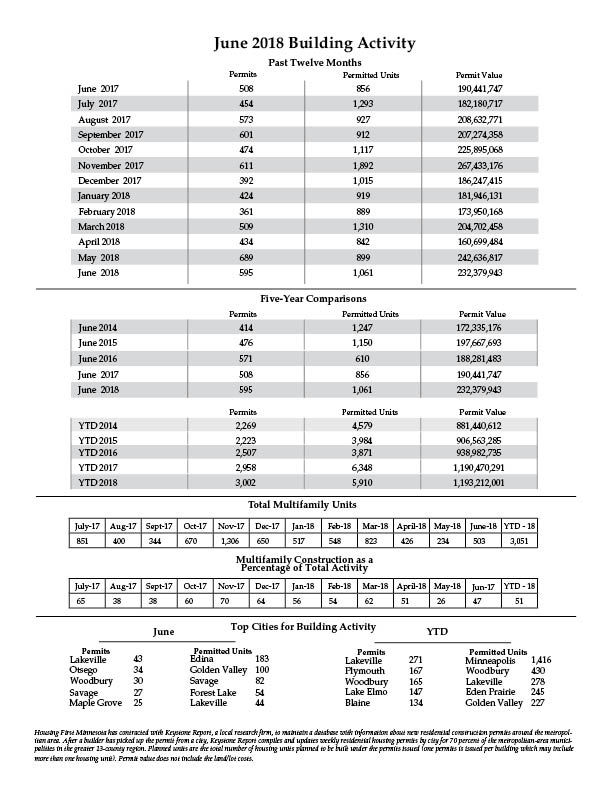 A Year of Progress 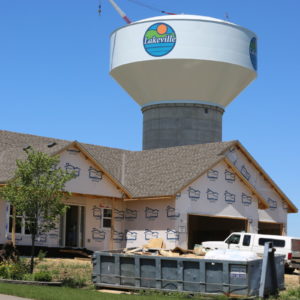 Inside the June Hot Sheet: The Minnesota housing market continues to see a concerning lack of inventory. During the month...
© 2019 Housing First Minnesota Online. All Rights Reserved
Back to top