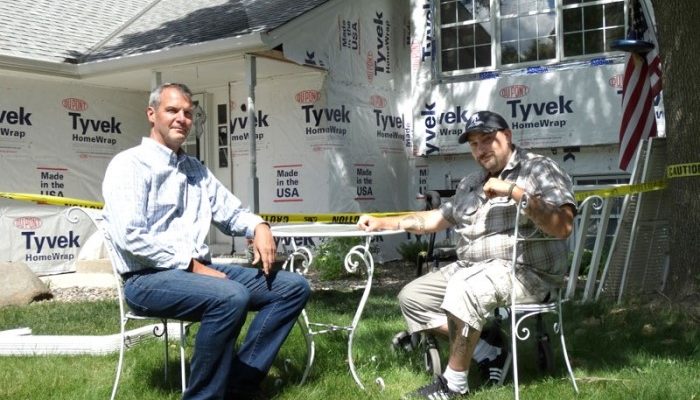 Veteran’s Oakdale home re-sided as appreciation for his service

The following article is reprinted with permission from Lillie Suburban Newspapers.

For the full article visit eastsidereviewnews.com/articles/2016/07/06/veteran’s-oakdale-home-re-sided-appreciation-his-service

During the last week of June, Jonathan Bernal, an Army veteran who was injured during the Iraq War, received much-needed assistance repairing the exterior of his Oakdale home.

The American Building Contractors, Inc. teamed up with the Builders Association of the Twin Cities Foundation to cover all associated costs for the extensive repairs.

According to Bernal, the siding had been a problem on his Heath Avenue North home for about three years. It had gotten so bad that birds had begun to live in the walls, especially the walls around his daughter’s bedroom.

“She was afraid that the birds were going to get her at night,” Bernal said about 4-year-old Macy. Bernal and his wife, Theresa, also have an 8-year-old son, Alex.

Bernal said it will be a relief to have the house repaired because so many things could have gone wrong as a result of the deteriorating siding, including an electrical fire or mold damage.

“I couldn’t afford any of this, … I wouldn’t be able to get approved for a loan or anything,” he added.

Bernal was a member of the Army Reserves when his unit was deployed to Iraq in July 2008. In December of that year, his left ankle received an avulsion fracture when he hopped off the back of a semi-truck’s flatbed.

Bernal said the pain worsened after arriving home after his deployment. He was on crutches at the time and couldn’t walk very well. He said he couldn’t work for the first year because he couldn’t stand for more than a few minutes. He has had four ankle surgeries but the pain has continued, and he was eventually diagnosed with complex regional pain syndrome.

Bernal received injections in his spine for the pain, but he said something was damaged at the site of an injection, and pain began to take over almost his entire body making it difficult to hold down a steady job or earn enough money to cover his family’s bills.

Bernal said that now he can only stand for a few minutes and can no longer maneuver around on his own in a manual wheelchair.

Josh Moe, a vice president of American Building Contractors, Inc., said that ABC has partnered with the BATC Foundation on a few similar projects, but this was the first opportunity for them to be involved from start to finish.

ABC donated all the labor and management for the three-day project, and the BATC Foundation paid for the materials except for the shingles, which were donated.

“We’re always trying to find opportunities where we can give back to the community,” Moe said. “We felt privileged. It was a great opportunity to give a little bit back to Jon and his family, who have made such a sacrifice over the years.”

Jeff Dawson, the project manager on the jobsite and a veteran himself, said he jumped on the opportunity to “help out a brother.”

“I feel truly honored and blessed to be working here and to help this family out and try to give a little bit back to not only what he has given, but what his family has sacrificed,” Dawson said. “He’s not just a number to me. He’s a brother.” 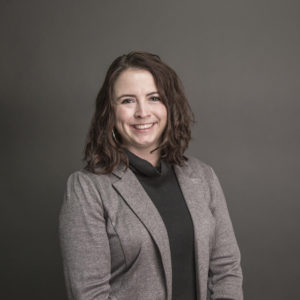 By Kristina Mahler, Director of Membership “We also cannot build a strong association without the connections provided...
© 2019 Housing First Minnesota Online. All Rights Reserved
Back to top