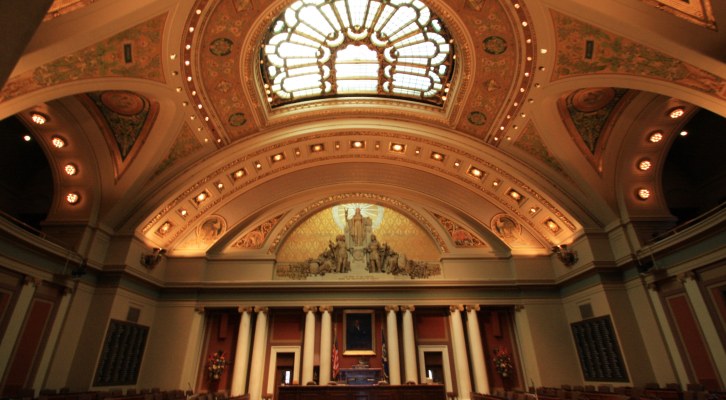 Last Tuesday’s mid-term election brought a strong GOP wave across the country that had not been seen in over eight decades. However, in Minnesota the outcomes were mixed. The DFL held its position at the top of the ticket in the US Senate, competitive Congressional races, and Governor. On the other side of the ledger, the GOP scored a major victory as voters swept them back into the Majority in the Minnesota House, breaking the DFL’s two-year control over Minnesota government.

When BATC & Housing First entered the 2014 election cycle, we identified three major goals: elevate BATC and the homebuilding industry by showing that we can impact elections; grow a housing caucus of industry champions; and elect a strong pro-housing majority in the Minnesota House. We are pleased to report that we accomplished all three of these goals!

This success doesn’t happen without the unwavering commitment of the BATC Board of Directors, Housing First Leadership Group, and the BATC members who contributed and supported these efforts.

Entering election night there were 61 ‘likely GOP’ seats, 56 ‘likely DFL’ seats, and 17 ‘battleground’ seats. Housing First was most deeply engaged as an outside group in the 17 battleground seats. After careful thought and deliberation by leadership, BATC joined the business community in support of an effort to flip the House from DFL to GOP control. BATC and Housing First are not partisan entities, but after considering the steep regulatory challenges now facing this industry, it made sense to look for a fresh approach and leadership from the more pro-housing GOP.

With this in mind, Housing First and fellow business groups embarked on an intense and ambitious campaign. Several strategic planning sessions were held each week from mid-May through Election Day, plus countless hours were spent developing and executing the independent expenditures advertisements. Committed to running a data-driven campaign, Housing First chartered several polling exercises to guide messaging and to assess competitiveness in the battleground districts. The data told us the races would be close and we built our plan to maximize impact accordingly.

From a tactical standpoint, Housing First used a mix of digital advertisements delivered to targeted voters via the web, direct mail, and cable television commercials. All of these were placed independently and on behalf of our housing champions. Our messaging was aimed at persuadable voters who were interested in elections and in the major issues affecting Minnesota, including housing, tax policy, and spending decisions. We concentrated our efforts in the 17 battleground districts, which were both in the metro and in greater Minnesota. Throughout the process we remained in close coordination with other outside groups with aligned objectives. The result was an efficient and maximized campaign effort by the business community with Housing First as one of the central convening figures.

As the returns came in on election night we were very pleased with the wins from the battleground races in greater MN, and in the metro race in district 56B where Realtor Roz Peterson won in the Burnsville/Lakeville area. The balance of the battleground districts in the MSP region went to the DFL incumbent in very close races, finishing in the 51%-49% range. These districts are not DFL blue, nor are they GOP red – these are purple battleground districts that will be a point of emphasis for all election observers as we move ahead.

BATC member Ryan Rutzick (ALL, Inc) was the GOP-endorsed candidate in battleground district 44B (Minnetonka, Plymouth) where he ran an outstanding campaign. Housing First made multiple independent expenditures in this race to support Ryan’s strong campaign.  Rutzick out-performed the top-of-ticket GOP by a whopping 6 percent and came within a few hundred votes of winning the election. We commend Ryan on a race well-run.

As we assess the impact of our 2014 campaign we return to the data which guided our efforts leading up to the election. The most compelling data point is the average percentage increase across the suburban House battleground races in comparison to the GOP top-of-ticket(TOT). Our supported candidates finished with a remarkable +5.4% average increase over the GOP TOT. To further illustrate, the suburban races where Housing First or our coordinating partners did not participate, the candidates finished roughly the same as the GOP TOT. This clearly shows that our campaign resonated with voters and impacted the final results in all of these races.

BATC is very proud of our accomplishments in the 2014 election cycle. While we didn’t win every race, we did accomplish all three of our goals, all with your help. The next election will come quickly, BATC and Housing First need to build upon our success and have already begun laying the foundation for a successful 2016 campaign.

Thank you again for all you have done this election to ensure the home building industry’s success. We look forward to continuing to elevate our industry! 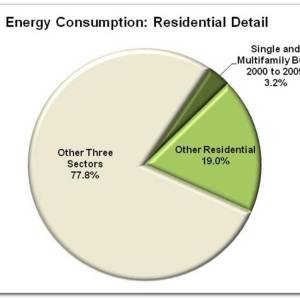 Energy consumption has been a focus of state policymakers in Minnesota for some time. The residential construction in particular...
© 2019 Housing First Minnesota Online. All Rights Reserved
Back to top