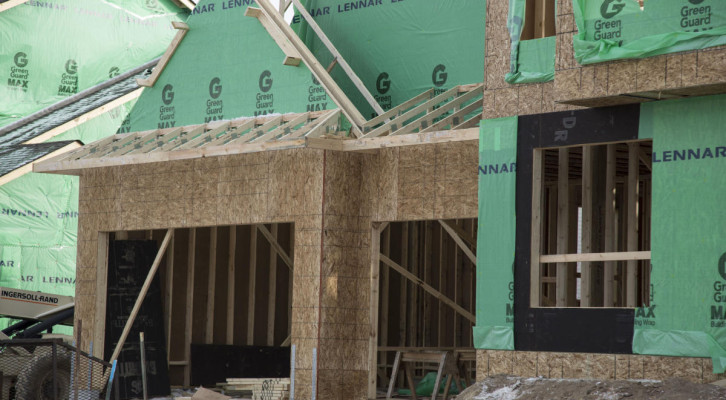 The numbers are in! Our annual survey of Twin Cities builders shows that Lennar was once again the region’s top ranked builder in 2014. Lennar has held the top spot since 2006. Rankings are based on annual gross revenue as reported by respondents for for-sale housing.

“Here at Lennar, we take a lot of pride in the homes we build and we are very grateful that more and more homebuyers recognize that,” said Bill Burgess, Minnesota Division President.

Lennar reported gross revenue at $247 million for 458 single family and 99 multi-family homes (557 total) closed in the 2014 calendar year. Lennar outpaced the second ranked builder, Ryland Homes of Minnesota, by 61 percent, staking their position as top residential builder in the region.

“We truly believe that it’s important to always be improving, we do so by listening to what our homebuyers want and learning what’s new and what the trends are, and in the end some things are universal – the quality of the homes you build and the reputation you earn,” said Burgess.

Check out the full list of Top 25 Builders below: 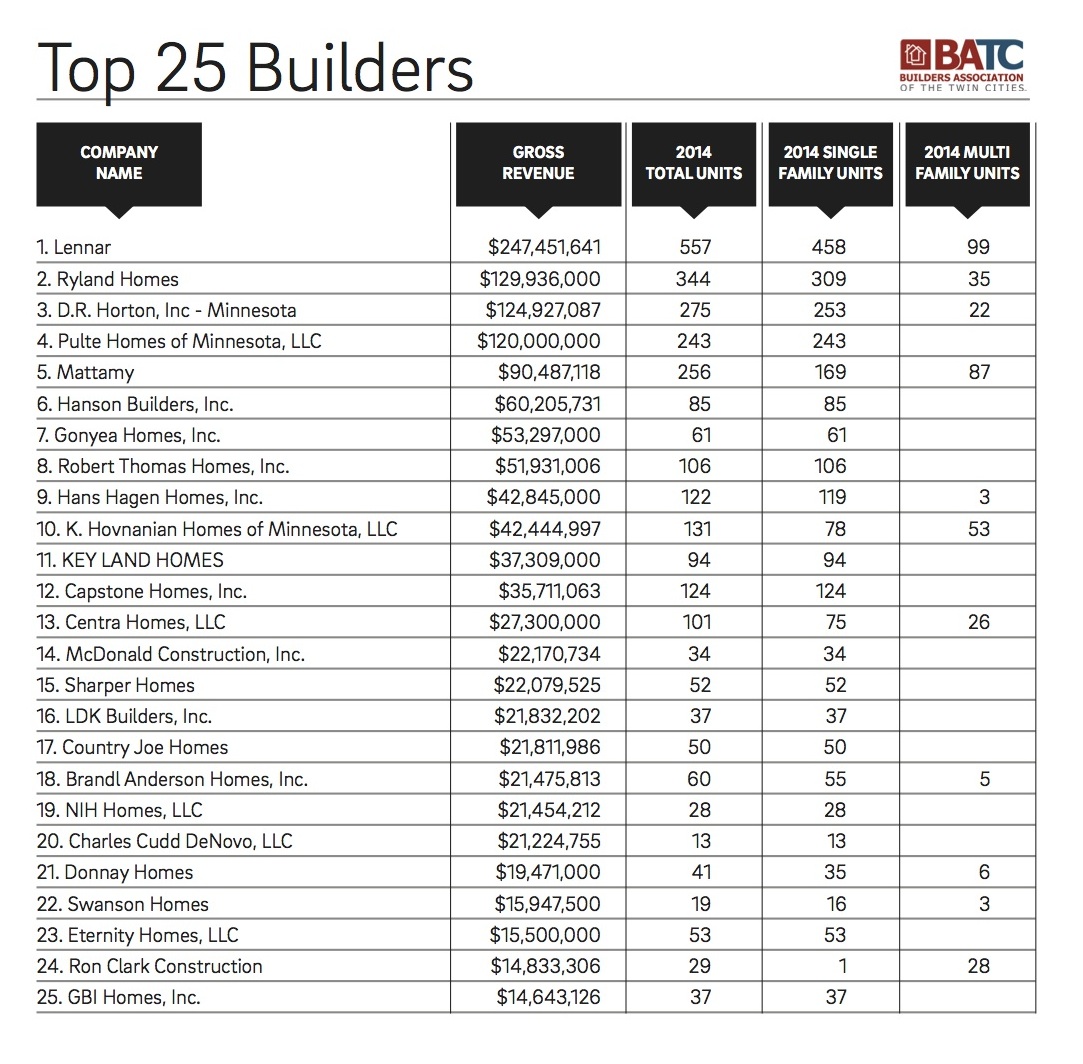 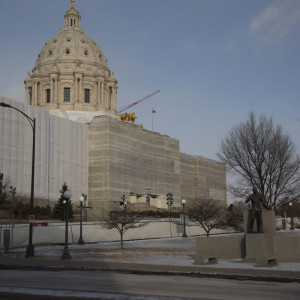 Week 10 – What You Need to Know: Mandatory Buffers:  Governor Dayton has proposed that owners of property abutting...
© 2019 Housing First Minnesota Online. All Rights Reserved
Back to top