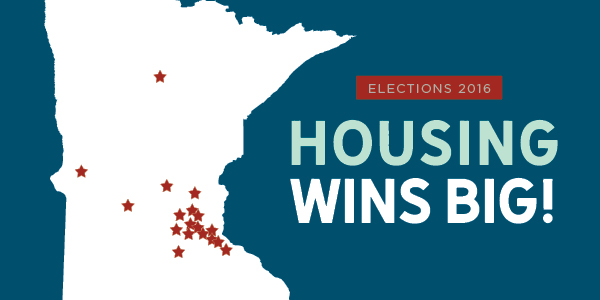 The impact that our elected officials have on the housing industry cannot be overstated. BATC’s Housing First’s goal this year was to elect pro-housing candidates that are committed to elevating housing. We are proud to report that of Housing First’s 18 supported Housing Champions, 15 were victorious on election night and that ALL 16 of the Housing First PAC endorsed candidates, have been elected to the Minnesota Legislature.

These candidates represent a great opportunity for growth in the housing caucus, which is made up of leaders who are committed to our goal of building safe, smart and durable homes at a price that families can afford. 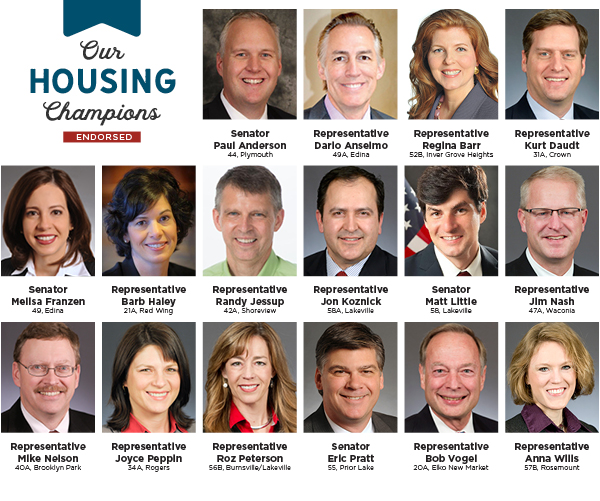 BATC’s 2016-18 strategic plan called for political engagement in local government races where housing champions were identified. This led to a slate of four local government candidates from throughout the metro, and ALL four candidates emerged victorious on election night.

Our Housing First Leadership Group and our Lifetime Housing First Contributors made all of this success possible. These members gave their time and commitment in an effort to elevate the housing industry.

The Election is Over.
Now What?

In the coming weeks and months, BATC will be working with the Minnesota Association of Realtors and other groups to advance homeownership at a price Minnesotan families can afford. Look for more details soon!

Finally, we ask you to save the date for the 2017 Housing Day at the Capitol in which hundreds of members from BATC and the Minnesota Association of Realtors will have the opportunity to advocate for housing issues as well as get a view of the newly renovated Capitol! 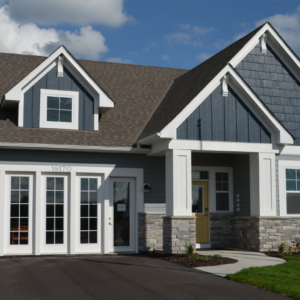