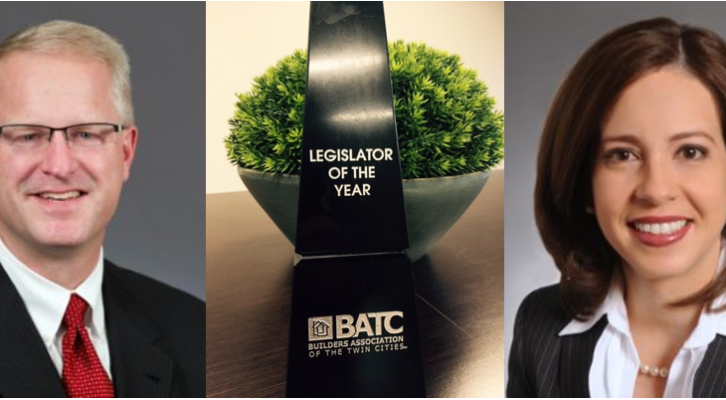 The Builders Association of the Twin Cities is honored to name Representative Jim Nash (R-Waconia) and Senator Melisa Franzen (DFL-Edina) as the recipients of its Legislator of the Year Award. BATC’s Legislator of the Year Awards are given to members of the Minnesota Legislature who have championed housing issues and advanced our policy agenda and legislative priorities. The award is given only when a deserving legislator(s) is identified.

“During the 2016 legislative session, Representative Nash and Senator Franzen both played key roles in helping BATC advance its goal of reducing the impacts of regulation on the industry’s ability to provide safe, durable homes at a price families can afford,” said BATC President Meg Jaeger. “Our Legislator of the Year Awards recognize both Rep. Nash and Sen. Franzen as housing champions who understand that housing ties communities together.”

The Builders Association of the Twin Cities is the leading voice for builders and remodelers. BATC represents 1,150 builders, remodelers, developers and industry suppliers with a mission of helping its members grow their businesses through marketing, advocacy and industry connections. BATC is widely recognized as a powerful force at the state Legislature and with state regulatory agencies. It’s also known for its twice-a-year signature events, the Parade of Homes℠ and Remodelers Showcase®, and now the Artisan Home Tour℠, opening high-end homes to tour each June. In addition, BATC offers Minnesota’s Green Path, a growing new home energy testing and remodeling certification program providing healthy, durable, energy-efficient homes to buyers and homeowners. 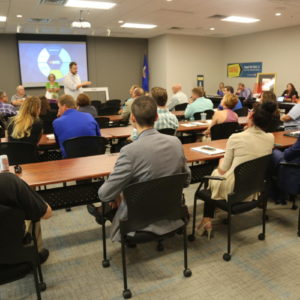 With 19 new members and only 5 dropped memberships, September was BATC's best month of 2016 so far. Of those new members...
© 2019 Housing First Minnesota Online. All Rights Reserved
Back to top