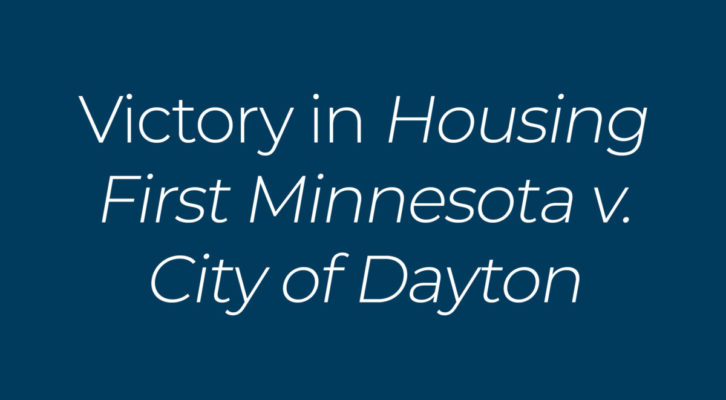 The Hennepin County District Court sided with Housing First Minnesota and has granted summary judgment motion and permanently barred the City of Dayton from enforcing its off-site transportation fee.

Today marks another victory for homeowners and housing affordability.

In her order, Hennepin County Judge Susan Robiner agreed, declaring the City of Dayton’s off-site transportation charge, new policy and procedure, and amended subdivision ordinances adjudged and declared to be illegal, null, and void, and unenforceable.

In part, the ruling stated:

“…there is no evidence that these payments are optional or voluntary, when a developer must choose one of the two options both of which require some type of payment before obtaining approval.”

Following the 2018 Harstad vs. Woodbury decision, the City of Dayton enacted a moratorium for 10 months in September 2018, halting the approval of new subdivisions until the moratorium was lifted in June 2019.

In July 2019, the City of Dayton approved a new deposit system, which requires developers to pay a “deposit” to the city for off-site traffic improvements or to submit to a traffic study and pay a fee determined by the traffic study.

“This is a victory for home buyers in the city of Dayton,” said Housing First Minnesota’s Executive Director David Siegel. “We are pleased that the court’s judgement was in line with previous rulings on this issue. Cities have multiple options to fund street improvements and developments already pay for all infrastructure related to the project. Attempting to require an illegal tax on new homeowners creates an unnecessary barrier to home ownership for Minnesota families.”

Under Minnesota State Law, municipalities do not have the authority to collect traffic impact fees from new home developments. These fees can add thousands of dollars to the cost of new homes, apartments and senior living centers. 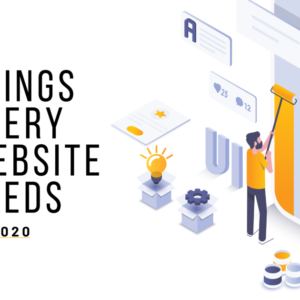 As we kick off a new year, it’s time for homebuilders to reassess their marketing strategies from the last 12 months and look...
© 2019 Housing First Minnesota Online. All Rights Reserved
Back to top