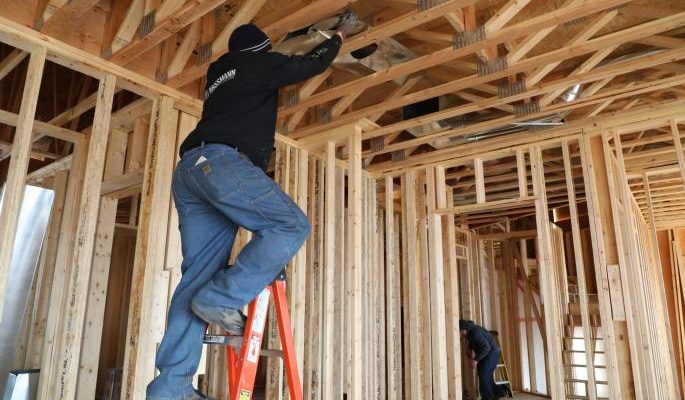 According to data compiled by the Keystone Report for the Builders Association of the Twin Cities (BATC), there were 477 permits issued for a total of 1,208 units during four comparable weeks in the month of April.

“With another great month in permit activity we are on pace to have by far our best year since 2007,” said Bob Michels, the Builders Association of the Twin Cities 2017 President. “When homebuilders are active and homes are sold, our communities grow, jobs are created and our regional economy generates opportunity. However, builders are still concerned about housing affordability due to increased costs from the labor shortage and the expensive regulatory environment we have in Minnesota.”

“With tight existing home inventory in the Twin Cities, there is a serious need for new home construction especially at the entry-level price point,” said BATC Executive Director, David Siegel. “We are working with the MN REALTORS at the Capitol right now to help address the expensive regulatory environment we have in Minnesota, that makes building affordable entry-level housing like townhomes and condos so difficult.”

For April, Blaine took the top spot with 34 permits pulled. Lakeville and Plymouth came in next with 32 permits, followed by Woodbury with 23 permits, and Apple Valley with 18 permits pulled. 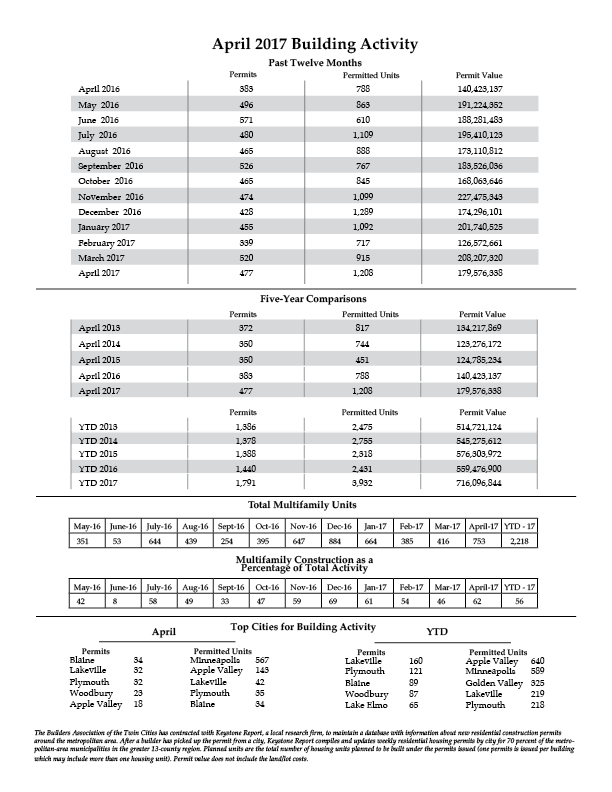 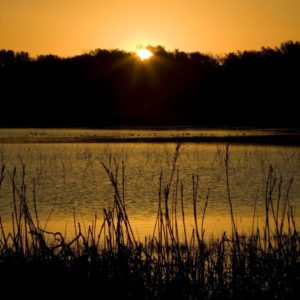 On Tuesday, April 18, BATC members Kent Brander of Civil Methods and Bob Schunicht of Land Form, along with Nick Erickson,...
© 2019 Housing First Minnesota Online. All Rights Reserved
Back to top