The transition from informational hearings to bills proposing new policy has begun. Expect the pace to begin to pick up as bills are now on the move.

1.  BATC Fighting Proposed Attorneys Fee Bill – On Tuesday, the Senate Judiciary Committee tabled a bill (SF104) that would award attorney fees ONLY to homeowners and not contractors, even if they are the prevailing party. This proposal would increase the likelihood of disputes escalating in both process and cost. Judiciary Committee chair, Sen. Latz, said that he would try to bring the bill back for a vote in the next two weeks. BATC gave testimony at the hearing to how this bill would hurt our industry, and will continue to fight this bill.

3.  Code Delay and Development Bill Introduced – SF 201 was introduced this week by Sen. John Pederson (R-St. Cloud). BATC supports the bill which aims to delay the current energy code, while creating several long-term structural reforms to improve the code development and access by the industry and public. Specifically, the bill proposes to create a code cycle adoption every six years, versus the current 3-year cycle. It also would require a full 12-month implementation period for any new code, allowing for adequate training and implementation measures to occur. Finally, the bill would require that the code be made available at no cost to the public. The bill has not been scheduled for hearing but is expected to be heard in the near future. 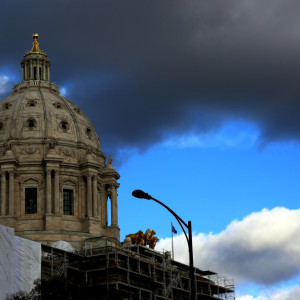 On Tuesday, the Senate Judiciary Committee will vote on a bill (SF104) that would award attorney fees ONLY to homeowners...
© 2019 Housing First Minnesota Online. All Rights Reserved
Back to top