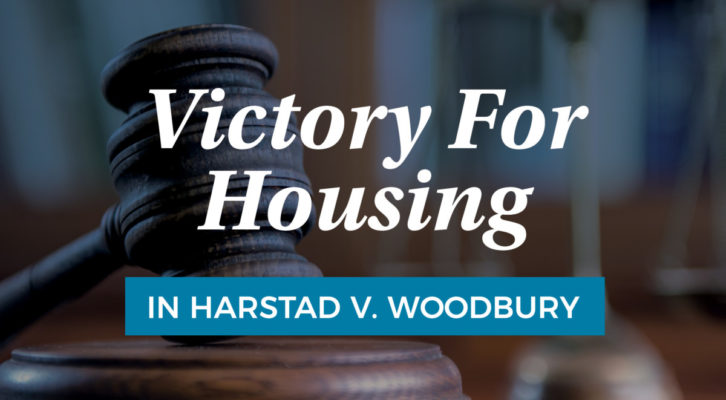 Minnesota Supreme Court issued a landmark decision that a major victory for the housing industry and housing affordability. In its much-awaited decision in the Harstad v. Woodbury case on Wednesday, Aug. 15, the Court upheld 20 years of legal precedent, sayings cities have limited authority to tax new housing developments.

“Put another way, the pearl of great price here is approval of the subdivision agreement. A developer who fails to make a “voluntary” payment in an amount Woodbury finds acceptable faces the prospect of denial of the subdivision application. The infrastructure charge is thus a requirement and Harstad is correct that there is nothing voluntary about it.”

The ruling is welcomed news to Minnesota’s housing industry, as these fees increase the cost of new homes by thousands of dollars.

Marty Harstad, a Twin Cities developer and BATC-Housing First Minnesota member, sued the City of Woodbury in 2016, contending the city’s Major Roadway Assessment (MRA) fees, which are used to pay for traffic-related improvements throughout the city, were not permitted under state law. The city was withholding approval of his 183-home project unless he consented to the city’s $1.4 million MRA fees. Washington County Court sided with Harstad in 2016, calling Woodbury’s MRA fees “unlawful.”

In September 2017, the Court of Appeals upheld a lower court’s ruling that these fees are unlawful. The Minnesota Supreme Court granted Woodbury’s petition for review in November, after the League of Minnesota Cities took the unusual step of filing an amicus brief encouraging the Supreme Court to accept Woodbury’s appeal.

In February, BATC-Housing First Minnesota submitted a friend-of-the court (amicus) brief in support of Harstad’s suit against the City of Woodbury. In the brief, cosigned by Rochester-area developer and Housing First Minnesota member Frank Kottschade and the National Association of Home Builders, the industry says the previous court decisions, which ruled that Woodbury’s MRA fees represented impact fees not authorized by the State of Minnesota, should be upheld.

“This win for the housing industry would not have been possible without Marty Harstad’s willingness to stand up to the City of Woodbury and the legal team at Larkin Hoffman. I also want to thank the National Association of Home Builders and member Frank Kottschade for partnering with BATC-Housing First Minnesota,” said Tom Weiner, president of BATC-Housing First Minnesota. 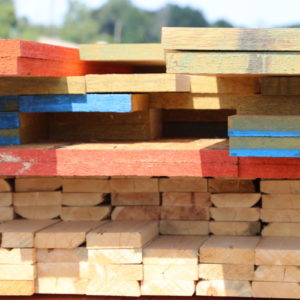 The US economy is, at present, growing very rapidly, and 2018 is shaping up to be the best year for economic growth since...
© 2019 Housing First Minnesota Online. All Rights Reserved
Back to top