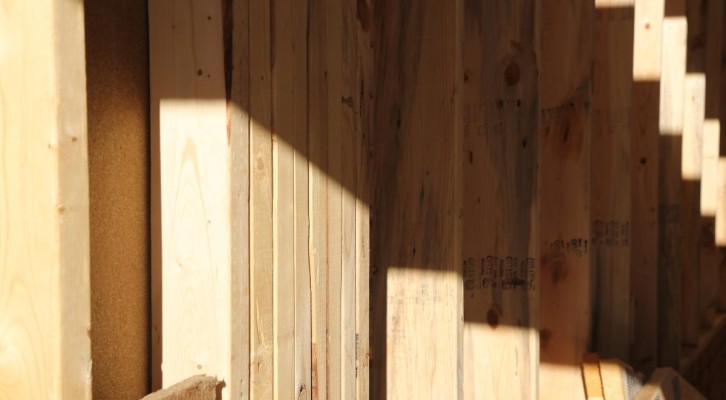 Residential construction activity has not started the year as strong as we had hoped. Compared to January 2014 permits are down 13 percent, there was also a 50 percent decrease in number of units, mainly due to a decrease in large multifamily projects.

“After a tough 2014 for single-family construction, we had hoped to see a much stronger start to this year,” said Chris Contreras, 2015 President of the Builders Association of the Twin Cities.

According to data compiled by the Keystone Report for the Builders Association of the Twin Cities (BATC), there were 308 permits issued for a total of 529 units during four comparable weeks in the month of January 2015.

“We are still hopeful that we’ll see the numbers pick up, but it’s concerning as the new residential building code takes effect this month. Home builders are feeling the full effects of this expensive new code as it will unnecessarily raise the price of new homes in Minnesota,” said Contreras. “We can’t afford the wrong code, we strongly believe we need to send the code back and get it right.” 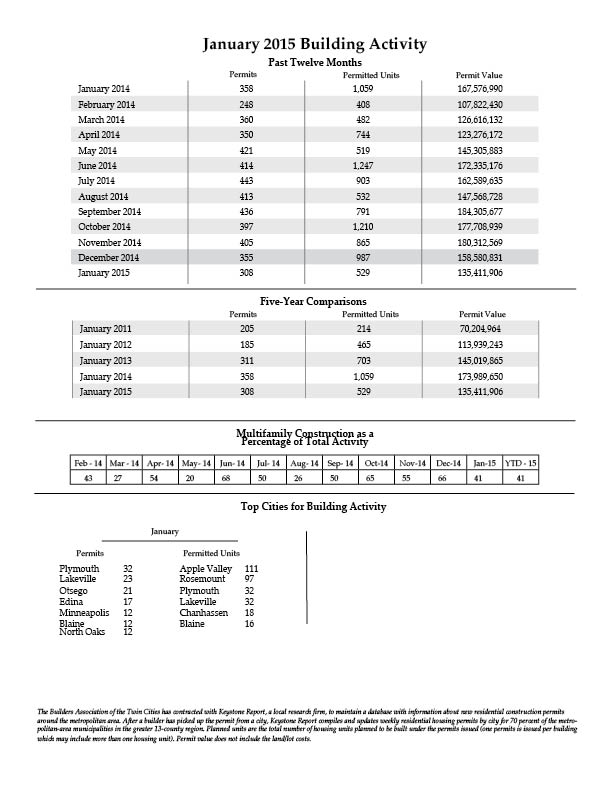 Legislative Session Week Four: What You Need to Know 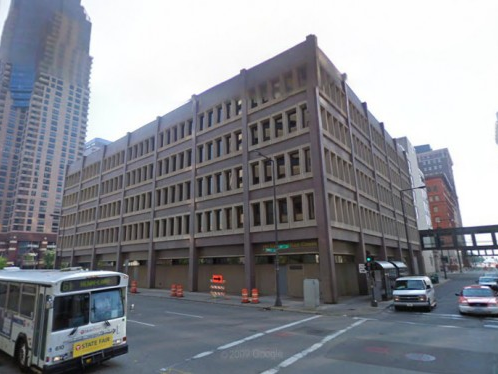 There's been a growing concern in the metro area over the role of the Met Council. Formed in the 1960s, the Met Council...
© 2019 Housing First Minnesota Online. All Rights Reserved
Back to top