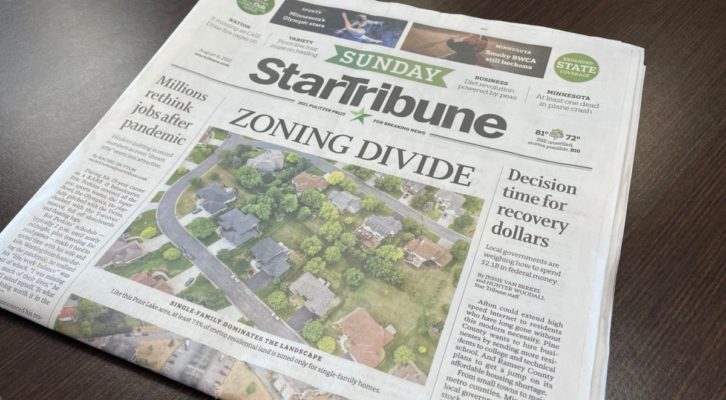 “What have we done to help people? We’ve shoved them in an apartment and not done anything to help them get on a path to homeownership,” Draheim said. “I truly believe this is the best thing we can do to help people get out of poverty. All the money in the world isn’t enough versus helping them build equity in a home.”

The article has spurred an even greater interest in zoning reform and calls for the Legislative Commission on Housing Affordability to begin its work.

Left unsaid in the article is the role the Planned Unit Development process adds to single-family housing. In the Twin Cities, outdated zoning codes and large lot requirements drive development to PUDs, where costly conditions are forced onto new-home buyers.

Housing First Minnesota has been at the leading edge of the zoning and land use reform movement for years.

In 2017, Housing First Minnesota successfully advocated for reforming development moratoria to require a public notice and supermajority of the City Council.

2019 was the year the zoning debate widened.  Priced Out, the inaugural research effort of our Housing Affordability Institute was released in February, which outlined how government over-regulation, including zoning, has created the state’s housing crisis. Later in the year, Housing First Minnesota asked the State of Minnesota to investigate safe room mandates in zoning codes, which were then declared illegal. The City of Dayton was sued by Housing First Minnesota over its continued attempt to collect illegal fees in 2019 as well.

In both the 2020 and 2021 legislative sessions, PUD and zoning reform legislation supported by Housing First Minnesota was passed by the Minnesota State Senate. 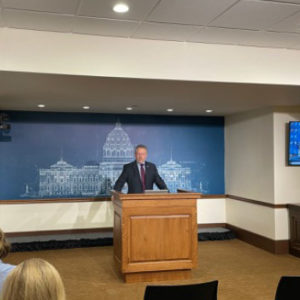 The legislature isn't even in session, but that's not stopping a bipartisan group of legislators from addressing pressing...
© 2019 Housing First Minnesota Online. All Rights Reserved
Back to top