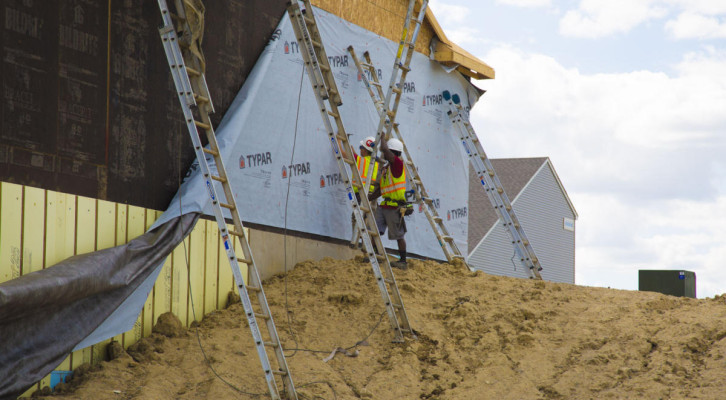 According to data compiled by the Keystone Report for BATC, there were 286 permits issued for a total of 371 units during four comparable weeks in the month of February 2016.

“Despite a weak February, builders still have a positive outlook for 2016,” said Meg Jaeger, the Builders Association of the Twin Cities 2016 President. “With new insights from our partnership with the University of St. Thomas, producing our Twin Cities Home Builders Survey, we know that builders are cautiously optimistic about the market.”

“With a record low number of homes for sale in the Twin Cities, you would think new home production would be set to grow dramatically. The challenge is to make sure that the regulatory burden is diminished so that first-time home buyers can enter the market.” said Jaeger.

For the month, Minneapolis issued the most permitted units at 47, followed by Golden Valley with 46. Woodbury and Lakeville both issued permits for 23 total units, and Plymouth rounded out the top five with 21 units permitted.

A slight correction has been made in the permit and unit numbers for the past four months. The new data removes Rochester from our numbers. 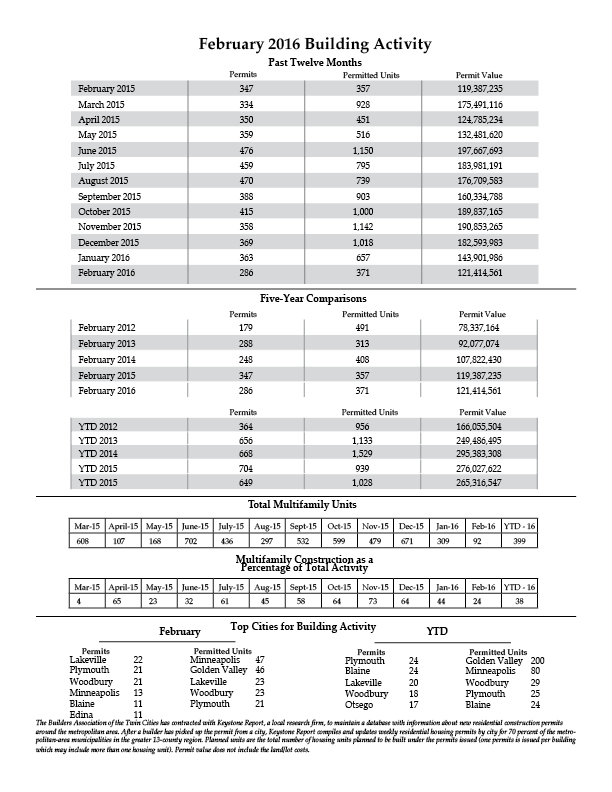 Getting to Know You

Minnesota’s 2016 election: How to Caucus

Getting to Know You

We'd like to introduce to you three new Board of Directors members that will make great additions to The BATC Foundation...
© 2019 Housing First Minnesota Online. All Rights Reserved
Back to top