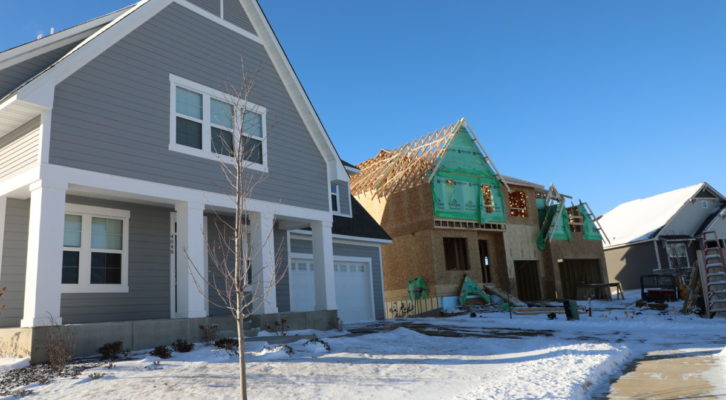 Townhome construction continues to heat up in the Twin Cities. Among all sectors of residential construction townhomes saw by far the biggest increase in production in February. Multifamily construction, which includes townhomes, increased by 42 percent over this month last year, with 548 permitted units. Single-family activity saw a slight increase over February of last year with 341 permits pulled, up from the 332 permits that were pulled in February of 2017.

According to data compiled by the Keystone Report for Housing First Minnesota, there were 361 permits issued for a total of 889 units during four comparable weeks in the month of February.

“As builders work to meet the demands of the market, we are seeing an increase in twin home and townhome development” said Tom Wiener, president of Housing First Minnesota. “These are great options for both Millennials and boomers looking to down size.”

“I think we are starting to the see the impact of the labor shortage on the market,” said David Siegel, executive director of Housing First Minnesota. “This is a long term structural challenge and is one of the primary concerns of builders for the foreseeable future.

For the month, Lakeville took the top spot with 30 permits issued. Plymouth came in next with 26 permits, followed by Woodbury with 21 permits. Rounding out the top five are Savage with 20 permits and Otsego and Minneapolis both with 18 permits issued. 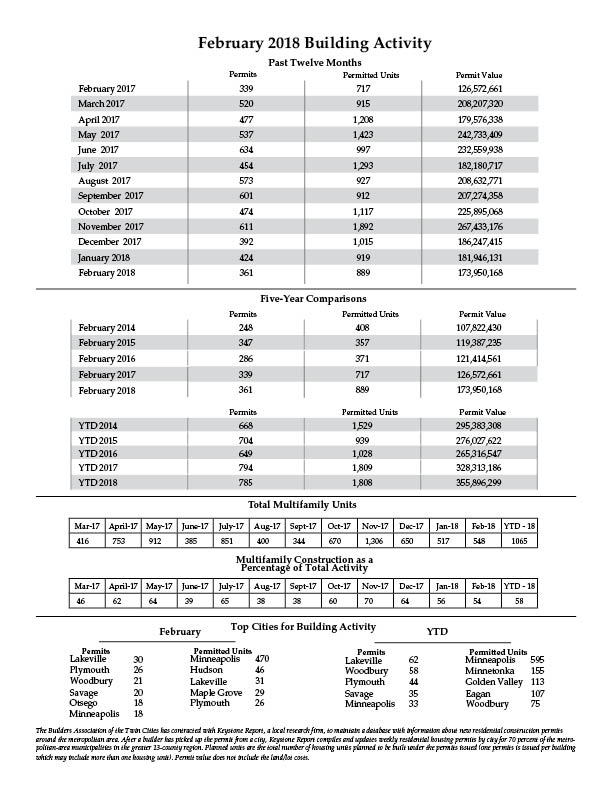 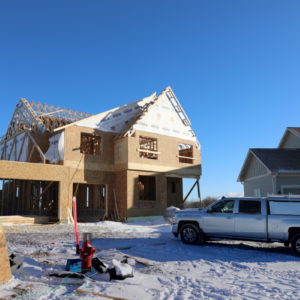 Inside the February Hot Sheet - Twin Cities homebuilders had their best year in over a decade and home sales continue to reach...
© 2019 Housing First Minnesota Online. All Rights Reserved
Back to top