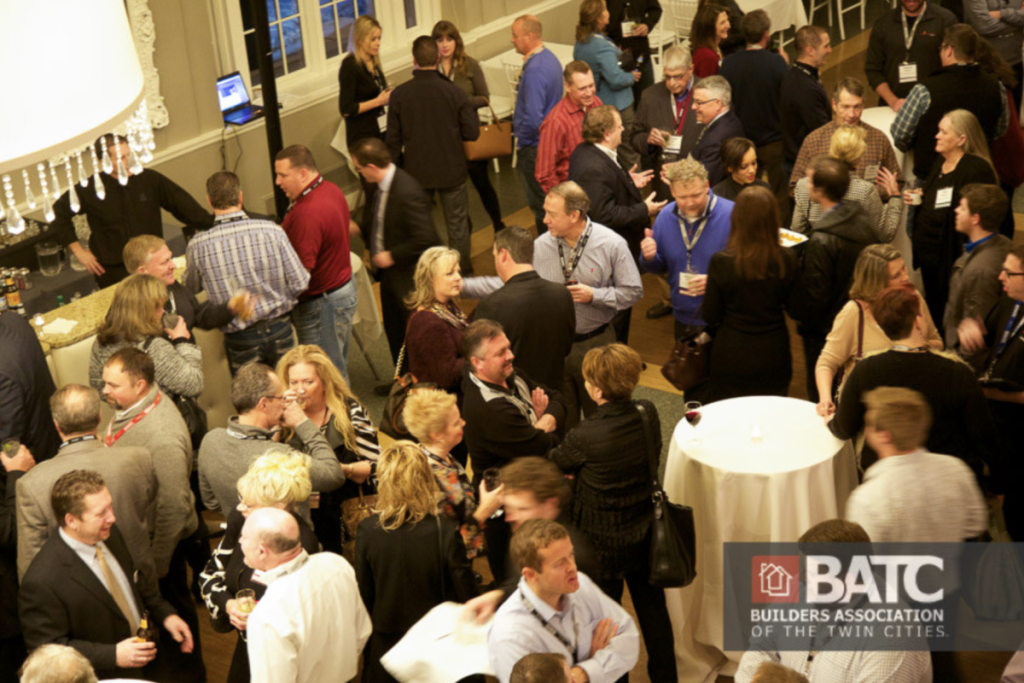 In epic BATC style, we launched 2016 with a BLAST at our annual January dinner meeting and economic forecast at the Calhoun Beach Club. The Launch Party-themed night was full of flavorful food, lots of laughs, good spirits (we toasted our many 2015 successes, including the most recent sprinkler mandate victory) and an in-depth economic analysis of the housing industry — which is projected to soar to new heights in 2016.

With over 150 members watching, we also inducted 17 leaders onto the 2016 Board of Directors with Meg Jaeger, President of Mega Homes, leading the charge as she was sworn in as President of the Builders Association of the Twin Cities. 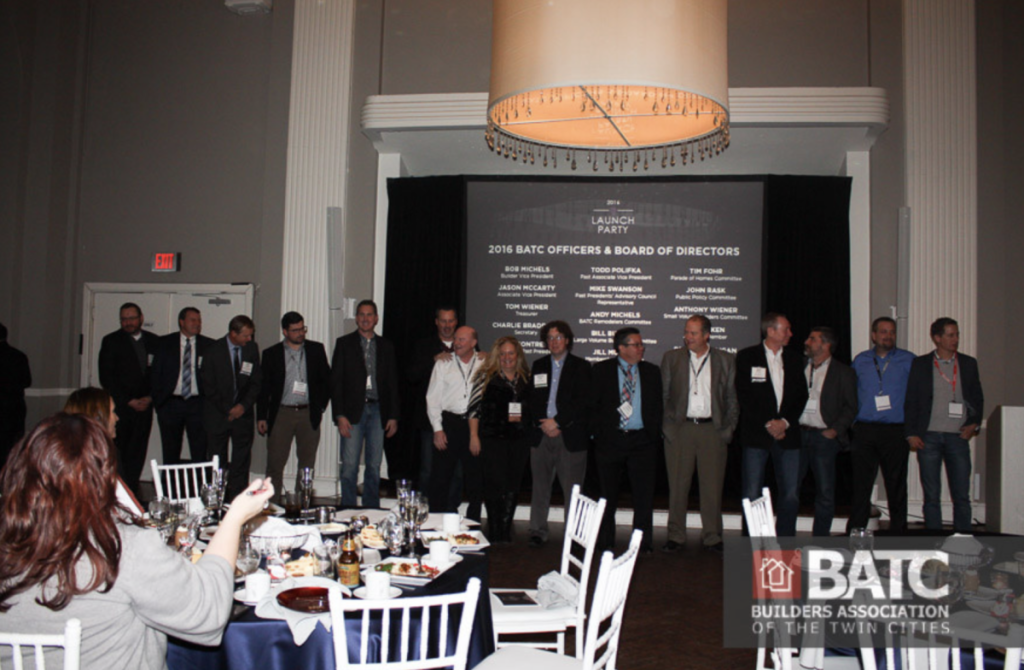 We all raised our hands in show of support to our industry charity, the BATC Foundation, as they also inducted their 2016 officers, Board of Directors and President Scott Jensen, David Weekly Homes. Raising their right hands, they pledged to further the mission the Foundation and “to work at all times to ensure its operational integrity and well-being.” 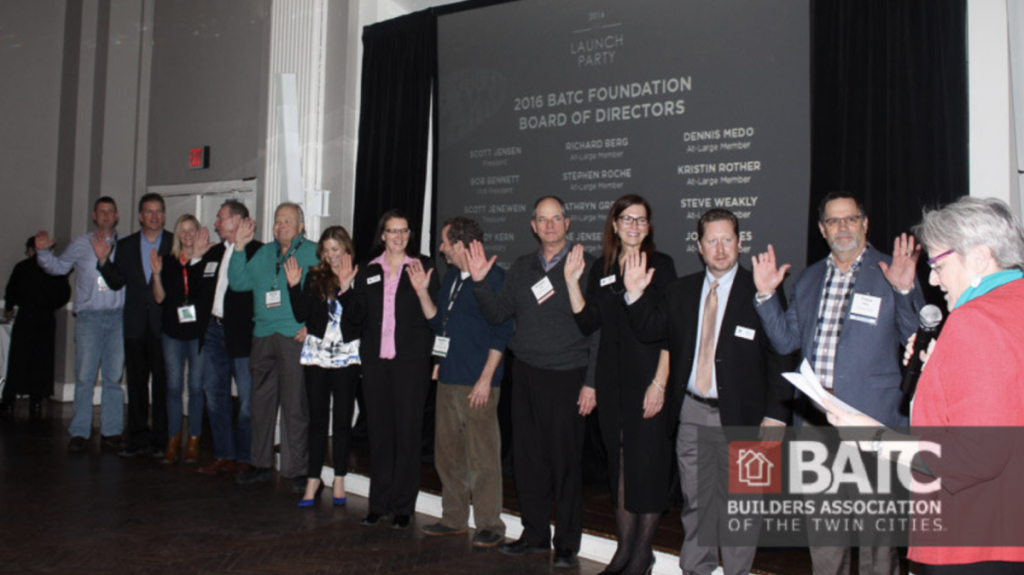 Also in attendance, all the way from Washington D.C., was Dr. Robert Dietz, Chief Economist for the National Association of Home Builders. Dietz touted strong economic growth for our industry through 2017 as he covered the housing forecast on a national level as well as for Minnesota.

Dietz gave insight into what home buyers really want this year, including:

He also showcased the most preferred areas for homebuyers to live, including:

To view photos from this event, head on over to our BATC Flikr page to see pics that are out of this world exciting! 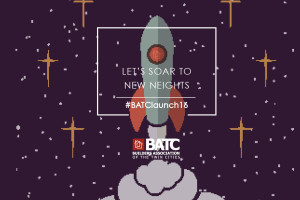 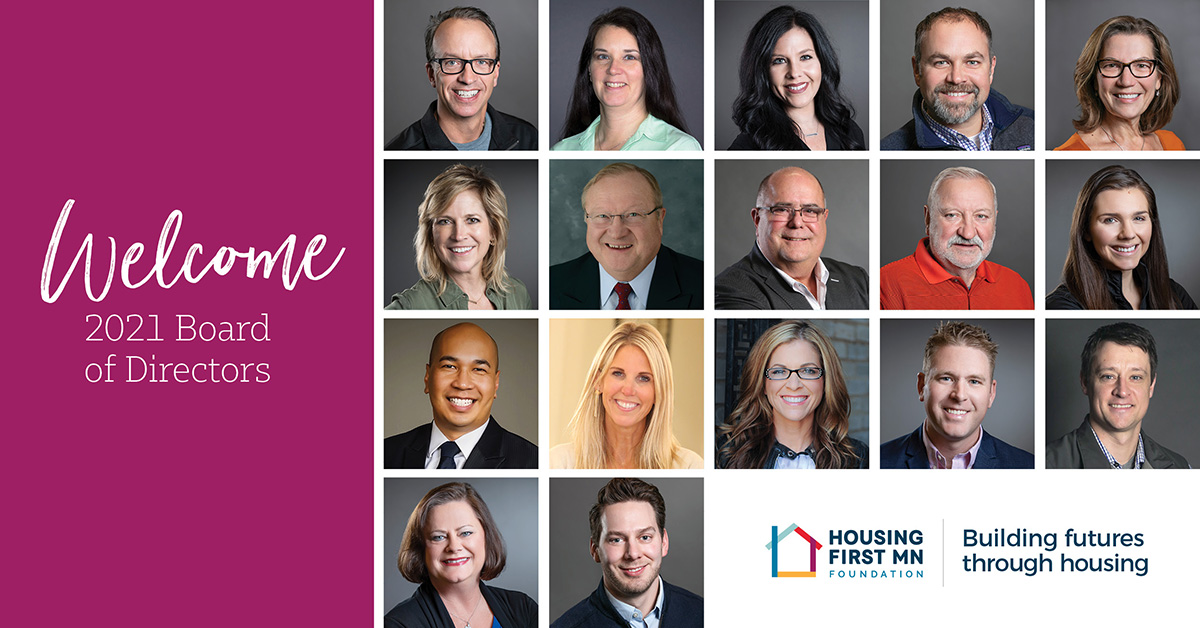 Meet Our Foundation Board of Directors 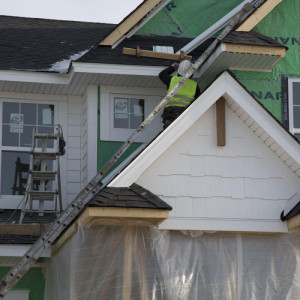 Residential construction activity closed out the year on a flat note. Even with an eight percent boost in the number of permits...
© 2019 Housing First Minnesota Online. All Rights Reserved
Back to top