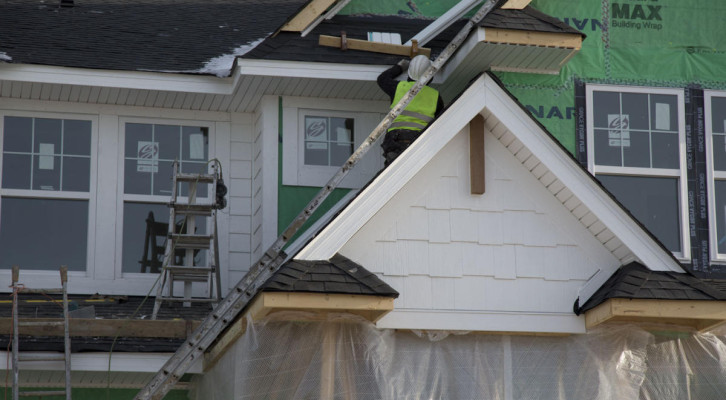 Residential construction activity closed out the year on a flat note. Even with an eight percent boost in the number of permits pulled in December (over December 2014), overall permit numbers were down one-half-of-one percent compared to 2014.

“While we had hoped to see a much stronger year in 2015, we continued to see new residential construction lag behind the existing housing market,” said Chris Contreras, the Builders Association of the Twin Cities 2015 President.

“With the ruling just released by the Minnesota Supreme Court to let the Court of Appeals decision invalidating the expensive residential sprinkler mandate stand, we are hopeful that more families will be able to afford their dream home in 2016.” — Said Contreras.

For the month, Plymouth issued the most permitted units at 215, followed by St. Louis Park with 200. Edina issued permits for 130 total units, Mahtomedi for 81 units and Shakopee rounded out the top five with 53 units permitted.

For 2015 as a whole, its no surprise Minneapolis took the top spot with 1,470 permitted units. Edina came in next with 604 units, followed by Blaine with 528 units, Plymouth with 492 units, and Minnetonka with 440 permitted units. 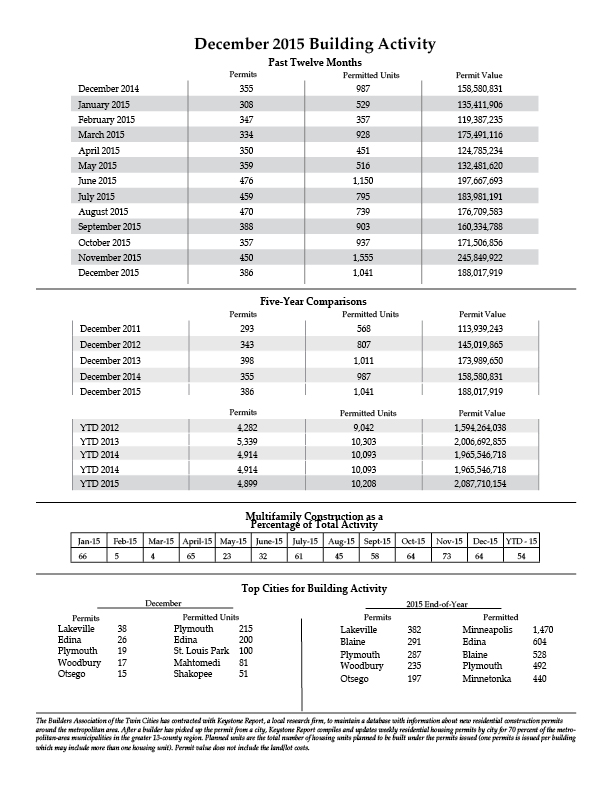 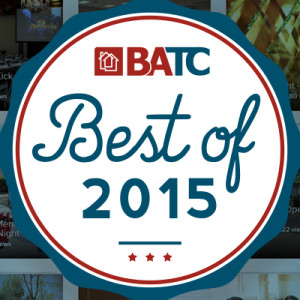 Wow, looking back it's safe to say BATC had an amazing 2015! While a major court decision that declared the sprinkler mandate...
© 2019 Housing First Minnesota Online. All Rights Reserved
Back to top