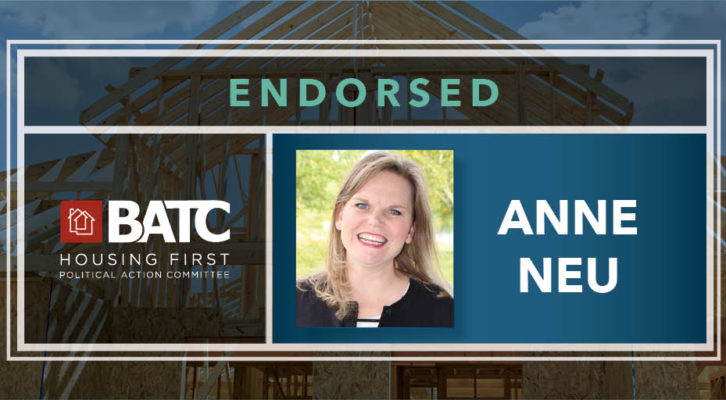 BATC’s Housing First PAC is proud to endorse Anne Neu for the Minnesota House District 32B Special Election to be held on February 14th. Neu is a resident of North Branch and a homeschool mom to five children. She has also served on the North Branch Planning Commission and has served as Vice President of Minnesota Excellence in Public Service Series.

As part of the endorsement process, Neu filled out a candidate questionnaire related to housing. The following is an excerpt from her response:

Minnesota is home to some of the best parks and trails, and schools in the country, but if we can’t making housing more affordable through controlling taxes and regulation, families will still be kept from the American dream of home ownership. Living in Minnesota is already attractive to families. Now we need to make sure it is affordable.” -Anne Neu

This office was declared vacant in September after the Minnesota Supreme Court declared candidate Robert Barrett to be ineligible to be a candidate for the office. District 32B includes portions of the cities of North Branch, Stacy, Wyoming, Chisago City, Lindstrom, Center City and Taylors Falls. Residents of this district can find special election information here. 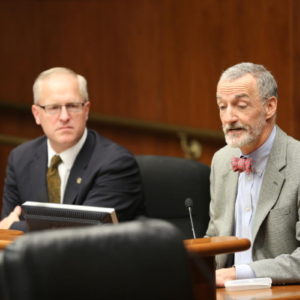