“The Administrative Law Judge concludes that the hearing record could support either appropriateness determination by the Commissioner – a decision to promptly begin revising the building code to incorporate provisions of 2018 International Energy Conservation Code (IECC or 2018 Model Energy Code) or, alternatively, to postpone rulemaking on this subject until the next code revision cycle. Both choices are authorized by law and find adequate support in the hearing record. Yet, between these
two alternatives, the Administrative Law Judge recommends postponement of the rulemaking as the better choice.”

In his opinion, which includes several references to Housing First Minnesota’s comments, Judge Lipman noted the importance of keeping to a six-year code cycle and the ability for buyers with financial means to build beyond code if they so choose. Read the whole opinion.

Housing First Minnesota has been engaged on this topic for nearly three years, most recently assembling a broad coalition of housing groups to oppose opening rulemaking.

This is a non-binding decision and the Commissioner for the Department of Labor and Industry has the ultimate authority on the matter. No word on whether the Acting Commissioner take action.

This is a developing story. Be sure to check back as updates are available. 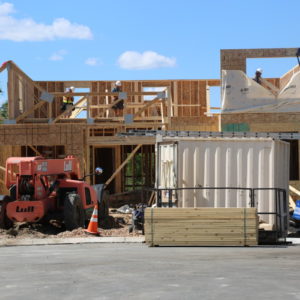 “Even with the decline in permits in August, the numbers and interest from homebuyers we are seeing in the housing market...
© 2019 Housing First Minnesota Online. All Rights Reserved
Back to top