Legislature Week Seven: Here’s What You Need to Know

Week Seven at the Capitol is in the books – Here’s what you need to know:

1. BATC Meets with Governor Dayton:  Last Monday BATC received a call from the Governor’s office inviting us to join the Governor for a sprinkler mandate/building code conversation. BATC leaders Chris Contreras (Ryland Homes), Meg Jaeger (Mega Homes), and Shawn Nelson (New Spaces), along with BATC attorney/lobbyist Peter Coyle met with Governor Dayton himself for the first time to talk about the sprinkler mandate and code process. BAM leadership, including Mike Paradise (BAM President) and Clay Dietrich (Dietrich Homes) as well as BAM staff/lobbyists and representatives from the Department of Labor and Industry (DLI) also attended the meeting.

2. Day at the Capitol a Rousing Success: Builder Day at the Capitol was once again a great success! The chilly temperatures didn’t stop hundreds of home building industry members from climbing the steps of the state Capitol. The event proved to be a great opportunity for BATC members as well as BAM members from across the state to share with their legislators why home building matters.

3. Street Improvement Districts Stalled: The annual push by local government groups to establish new authority for cities to create street improvement districts is struggling to move ahead and may be stalled for the session. This is good news for BATC, as we’ve opposed the measure for over a decade. BATC has successfully negotiated an exemption for newly developed parcels, but the overall financing scheme remains the target of strong opposition from the business community.

4. Met Council Bill Would Require Staggered Terms: BATC is tracking HF752, which is a well-positioned Met Council reform measure. Per a MN House GOP Release: Rep. Mark Uglem, R-Champlin, has once again introduced a bill to stagger terms on the Met Council, one of a number of bipartisan proposals aimed at increasing accountability for the sprawling agency. Uglem introduced a similar proposal in 2013. Uglem’s bill, has nearly three-dozen co-sponsors including nearly a dozen DFL members.

5. Budget Forecast Up This Week: The February forecast is set to be released by Minnesota Management and Budget on February 27th. As the final forecast prior to the establishment of a two-year budget, legislative leaders will be able to set the “budget targets” for the respective finance committees. Those budget targets are the framework in which each chairperson must work when putting together his or her budget bill. 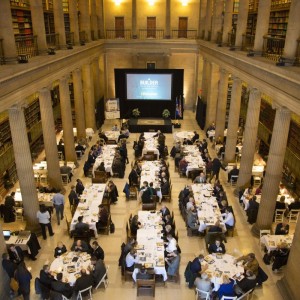 Builder Day at the Capitol was once again a great success! The chilly temperatures didn't stop hundreds of home building...
© 2019 Housing First Minnesota Online. All Rights Reserved
Back to top