On Oct. 23, the Minnesota Department of Labor and Industry sent notice that municipal storm shelter construction requirements are superseded by Minnesota’s building code and therefore invalid.

An investigation by the Department of Labor and Industry as well as comments from Housing First Minnesota members identified four cities with these mandates.

To date, two cities have stopped enforcing this requirement, one city is checking with the Department of Labor and Industry and a fourth city is keeping its mandate in effect while it considers its options.

Curious as to how cities have responded? Read below.

This was last updated on Thursday, Nov. 14.

In an email to Housing First Minnesota on Oct. 31, Lakeville’s city administrator would only confirm that the city has received notification from the Department of Labor and Industry and that is considering its options.

Calls to the building department confirmed on Nov. 8 that its mandate is still in effect.

According to an email from the Lakeville Planning Director on Nov. 13, the city council will discuss its storm shelter ordinance at its Nov. 25 work session.

City of Jordan: Requirement No Longer Enforced, Mandate Being Repealed

The City of Jordan told Housing First Minnesota that it will be repealing the storm shelter requirement for slab-on-grade construction and the requirement will no longer be enforced.

City of Otsego: Requirement No Longer Enforced, Mandate Being Repealed

The City of Otsego has announced that its storm shelter mandate on new slab-on-grade homes is longer enforced and the process to remove. In an email, the city’s planner wrote:

The City [of Otsego] has published notice for a public hearing to repeal the Zoning Ordinance requirement for a safe room to be provided within slab-on-grade sweepings.   The City will cease requiring plans for a safe room for such dwellings effective immediately pending approval of the Ordinance amendment.

On Nov. 18, the Otsego Planning Commission will hold a public hearing to remove the storm shelter requirement for slab-on-grade homes found in section 11-17-12 of its zoning ordinances.

The earliest the Otsego City Council could take up the measure is Nov. 25.

Read the notice of public hearing.

Be sure to check back. Updates will be posted as staff receives them. 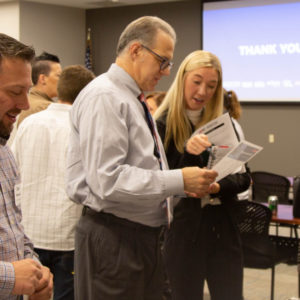