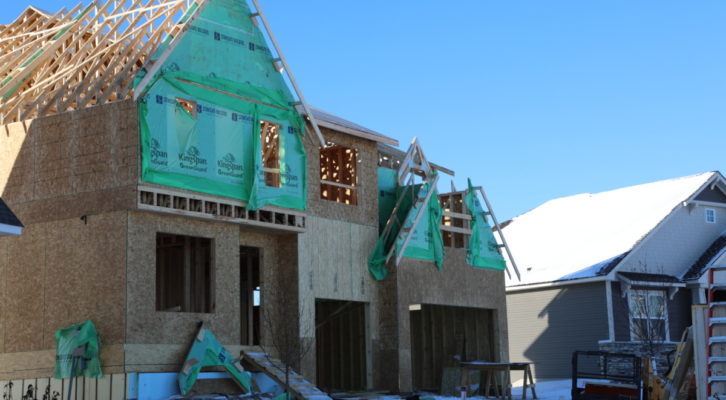 Residential construction activity started the year slightly down from last year, but still at the second highest rate in over a decade. There were 402 single-family permits pulled in the month of January, down 6 percent compared to January 2017. With 517 units, multifamily construction was down 22 percent over this month last year.

According to data compiled by the Keystone Report for Housing First Minnesota, there were 424 permits issued for a total of 919 units during four comparable weeks in the month of January.

“While the numbers this month are down slightly from last year we remain optimistic,” said Tom Wiener, president of Housing First Minnesota. “With the supply shortage we have in the existing market, we expect 2018 to be a great year for new construction.”

“With the ever-strengthening economy all signs point to continued residential construction growth this year,” said David Siegel, executive director of Housing First Minnesota. “There are several factors that have the potential to hold back the amount of growth we see including the tightening labor force and the high cost of land, materials and regulation.”

To start the year, Woodbury took the top spot with 37 permits issued. Lakeville came in next with 32 permits, followed by Lake Elmo and Victoria both with 19 permits. Rounding out the top five are Plymouth and Prior Lake both with 18 permitted units issued. 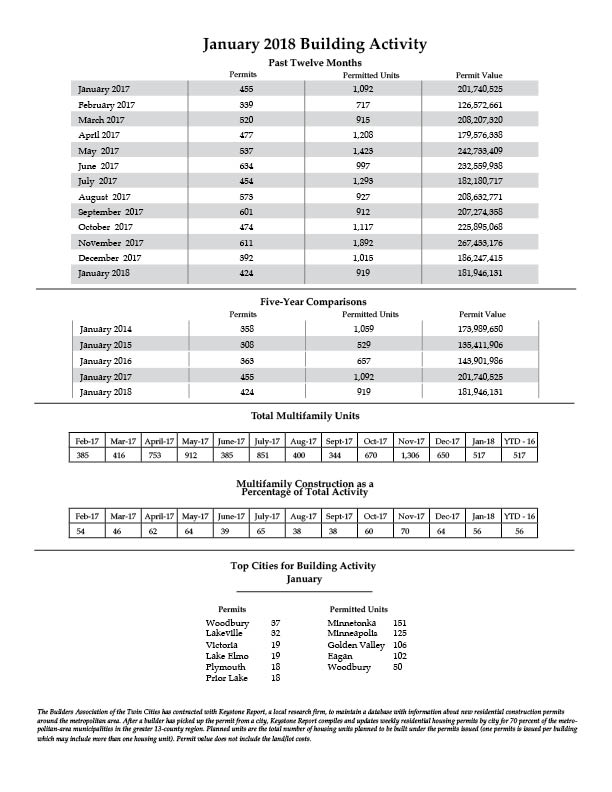 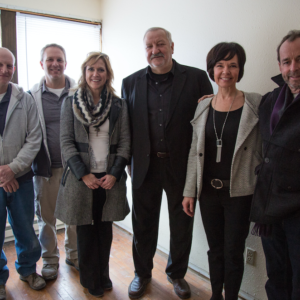