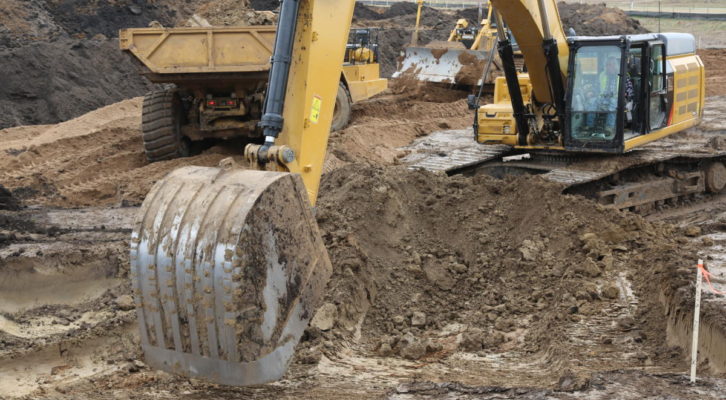 Due to a significant boost in single-family production, the Twin Cities saw the highest number of permits pulled in the month of September since September 2006.  Month-over-month single-family construction increased by nearly 40 percent, while year-to-date single family permits are up 11 percent compared to 2015. So far this year the total number of permits pulled is outpacing 2015 by 10 percent.

According to data compiled by the Keystone Report for the Builders Association of the Twin Cities (BATC), there were 526 permits issued for a total of 767 units during four comparable weeks in the month of September 2016.

“Our builders are reporting high quality traffic during this Fall’s Parade of Homes, and we’re happy to the see the permit numbers reflect that,” said Meg Jaeger, the Builders Association of the Twin Cities 2016 President. “With one more week left of the Parade of Homes we’re confident more homebuyers will find that our builders are providing more home choices in vital communities at a price they can afford.”

“We’re very excited to see this year’s permit numbers outpace 2015, but we know that we still have a ways to go to get back to normal market levels,” said BATC Executive Director, David Siegel. “There are still several obstacles facing the home building industry, including increased regulation, the labor shortage and land supply.”

For the month, Lakeville took the top spot with 36 permits pulled, followed by Woodbury with 33 and Plymouth with 29. Rounding out the top five were Blaine with 27 permits and Brooklyn Park with 18 permits. 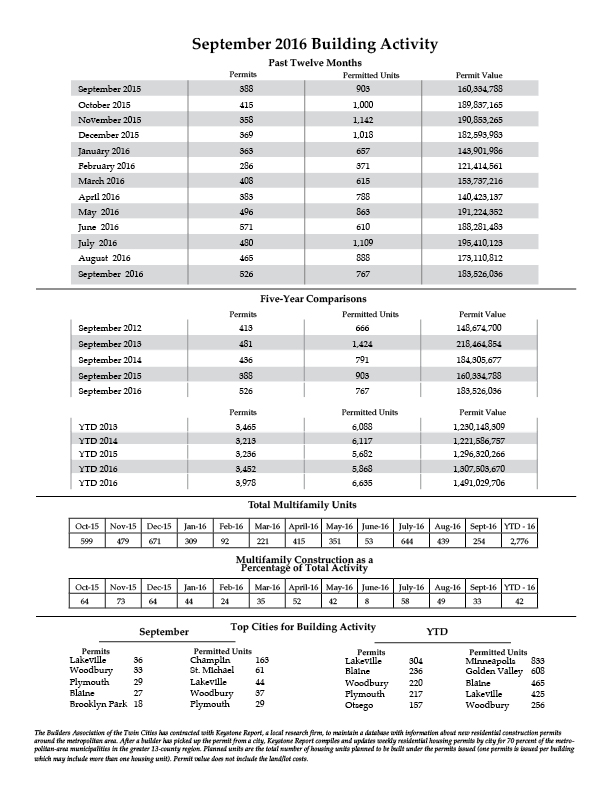 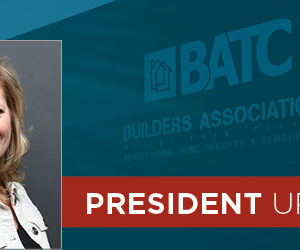 After a busy few months here at BATC there is much to share and celebrate. Here is a quick update on what we've been working...
© 2019 Housing First Minnesota Online. All Rights Reserved
Back to top