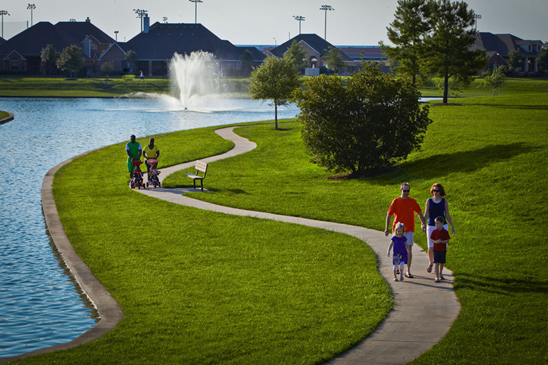 It’s seems new homes and neighborhoods may encourage families to take more walks. According to 2013 American Housing Survey (AHS) data recently released by HUD and the Census Bureau residents of newly built homes are more likely to bike or walk. NAHB crunched the numbers that show nearly 44 percent of households in new construction either bike or walk, compared to about 40 percent of households overall (see the graph immediately below). 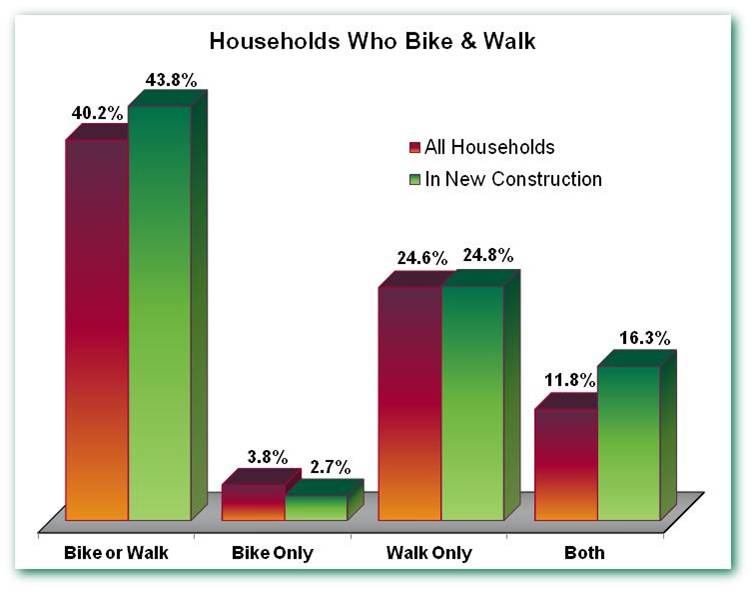 What inspires these homeowners to walk and bike more than their counterparts? It could be that (as we know) new homes are more likely to be built in neighborhoods with amenities designed to encourage walking and biking.  Over 61 percent of households in new homes report that their neighborhoods have sidewalks, compared to 55.7 percent of households overall.  New homes are also more likely to be located in neighborhoods that have well-lit sidewalks and bike lanes (see chart below). 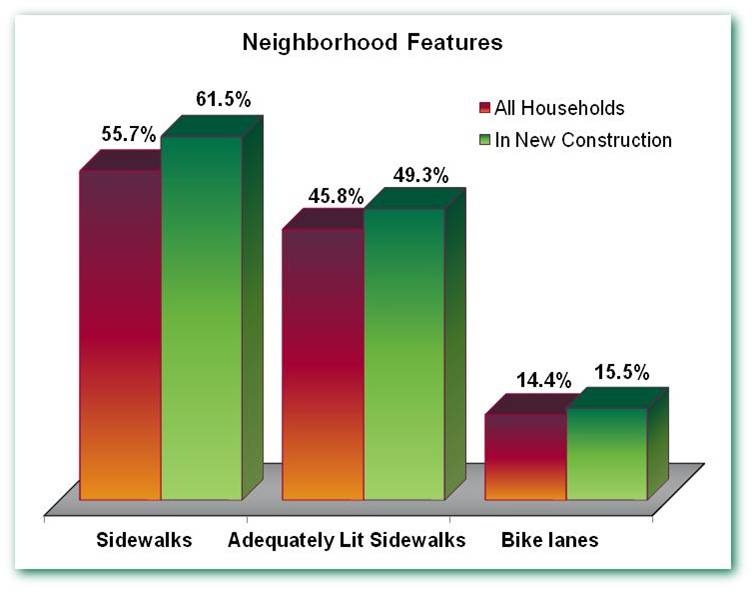 The data also showed that even though these new homes are built further from destinations like grocery stores and entertainment, people that live in these homes are still more likely to walk and ride their bikes.

The questions on biking and walking were one of several new additions that HUD and the Census Bureau introduced into the survey in 2013.  Basic tabulations of the new questions are available online in the 2013 AHS published tables. 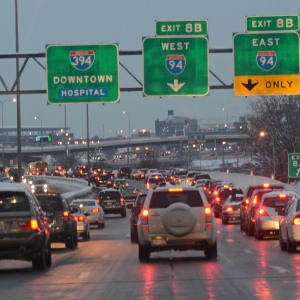 Roads and bridges, transit, gas taxes, and the on-going debate about Millennials will converge at the legislature when it convenes...
© 2019 Housing First Minnesota Online. All Rights Reserved
Back to top