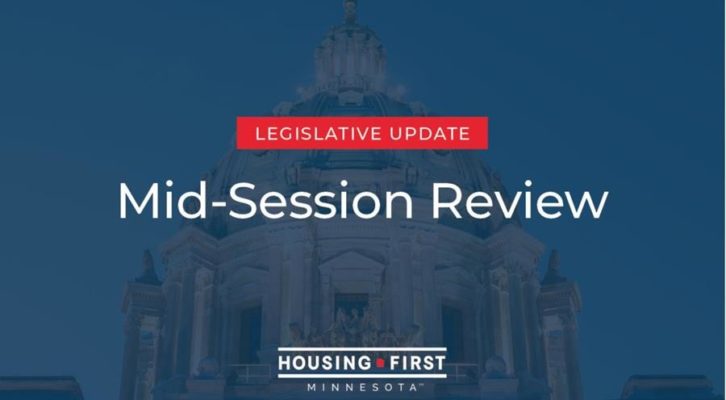 After nearly three months of working through a remote legislative session by zoom, there are a number of positive housing priorities that have advanced through the committee process and are positioned for further action as session continues. On the other side of the ledger, a number of opposition proposals have also been heard and remain under consideration.

In spite of the limitations necessitated by COVID-19 safety protocols, the legislature has kept a full schedule. A familiar pace has resumed for Housing First Minnesota including review of hundreds of proposals, dozens of legislator meetings, coordinating housing coalition work, and providing testimony in committees.

Our legislative discussions have included a range of issues, including inventory shortages, lack of affordably priced homes, labor, lumber and material costs. For the legislature, the most direct help they can provide our industry is to balance affordability into our regulatory structure by finding more cost-efficient ways to approve projects and also by limiting new regulatory cost drivers. Labor and lumber will rise and fall in the market, but our surging regulatory costs will not fix themselves without legislative intervention.

Your Housing First Minnesota advocacy team is leading the charge at the Capitol to protect housing affordability and to advance the dream of homeownership for everyone, everywhere.

In an important first step, a bill aimed at addressing Minnesota’s exclusionary zoning practices was sent to the Senate floor after hearings in both the Housing Committee and Local Government Committee. This legislation confronts one of the top affordability barriers head-on, the over-use and manipulation of Planned Unit Development (PUD) contracts as a means to approve housing projects. The goal of the legislation is to lift barriers that drive larger lot requirements and exterior design mandates in new home approvals.

“This bill is a first step to addressing the issue that experts have almost unanimously agreed is the key to fixing our growing housing and homeownership problems: lifting local barriers and zoning carve outs which are currently restricting the construction of affordably priced homes,” stated Siegel.

Local government groups presented numerous testifiers in opposition to measure, arguing that the SF 915 would take away “local control” from cities and towns.

Status: The bill has advanced to the Senate Floor

Minnesota builds some of the most energy-efficient homes in the country. By some measures we are #1 in energy efficiency. With that in mind, several legislators aim to protect energy efficiency, while also raising affordability as a top issue. This legislation mandates that the costs of any new provisions added to future updates to Minnesota energy code must have no longer than a five-year payback following completion of a new home project. This bill drew the opposition from more than a dozen special interest groups, but advanced following the committee discussion.

Several years ago during a building code update process, single-family homes were mandated to include window fall protection devices in certain settings. This bill moves to strike that provision in many locations throughout one and two-family dwellings and townhomes, solving an egress issue and saving homeowners hundreds of dollars in the process. This bill was heard and advanced in both the Senate Labor and Industry Committee and the Housing Committee.

Status: Awaiting further action either on the Senate floor or in an omnibus bill.

Substantial valuation variations and large permit fee surpluses in many growing cities have revealed structural problems with valuation-based permitting. There is simply no rationale for the wide disparities in accepted valuation at the time of permit issuance. Home size and features, not arbitrary valuation, is the number one factor in calculating inspection time and costs. SF 801/HF 1085 would end the valuation method of establishing permit costs, and instead move to a square footage-based system. This move would ensure that building permits and the homeowners who ultimately pay these costs, are charged fees that are fair, reasonable and proportionate to the actual costs to perform these inspections and plan reviews.

Status: The chair in each committee laid over the bill for possible inclusion in an omnibus bill.

In a past government shortfall, monies from the Contractor Recovery Fund were utilized to help the state government offset the deficit. This bill would prevent the fund from being similarly raided for any purposes other than to protect homeowners in the unlikely event their contractor is unable to fulfill their obligations. Housing First Minnesota supported the bill in both the House and Senate during their respective committee hearings.

Status: Each version now sits on the floor of each body.

Initiated by the City of Rochester, this bill would create new park dedication authority for cities of the first class who are approving development projects. The House bill was heard and passed in both the Local Government Division and State Government Finance & Elections Committee and now sits on the House floor. Housing First Minnesota’s counsel, Peter Coyle, testified in opposition to the bill, citing concerns of a nexus, a deadline to utilize the dollars, and the potential for double dipping. The Minnesota Association of REALTORs ® and the Minnesota Multi-Housing Association have partnered with Housing First Minnesota to express the industry’s concerns with the bill.

Status: The bill has advanced to the House Floor

The street impact fee debate has returned in the 2021 session, continuing many years of discussion surrounding the need and appropriateness of off-site transportation fees in new developments. Prior to the Harstad v. Woodbury Supreme Court decision, many cities were requiring these fees despite having no legislative authority to do so. After the Harstad decision deemed these fees illegal, local government groups have asked the legislature to legalize the fee collection, which would create a new tax on housing developments for future, undefined transportation improvements.

As currently written, the proposed language provides new authority for city councils to impose an additional tax on growing businesses, non-profits, and housing developments. The proposal creates an end-run around requirements imposed upon cities under the special assessment laws designed to protect property taxpayers, including the demonstration of benefit and public hearings.

The House bill was heard and passed in both the Local Government Division and State Government Finance & Elections Committee after very contentious hearings. It was ultimately laid over for possible inclusion in an omnibus bill. Housing First Minnesota leads a coalition of nearly a dozen other business and non-profit organizations that are opposed to this legislation.

A close relative of the street impact fee issue, the proposal for street improvement districts would expand authority by allowing cities to draw street improvement districts where a fee or transportation utility could be required. This would impact both existing and new development. Housing First Minnesota joined dozens of opposing organizations when this bill was heard in the House Local Government Division.

Status: The bill is not expected to advance this year.

Aimed at better managing flooring waste, this bill would create a new program to recycle carpet and has the potential to increase the costs of carpet by four-six cents per square foot, As written, it would authorize the commissioner to unilaterally increase the increase the fees even more in coming years. Housing First Minnesota signed on to a letter in opposition to the bill.

Mandating All New Garages to Be Electric Car Ready

This concept would mandate all new garages and any remodeled garages of at least 50% would need to be electric car ready. This language has the potential to raise the costs of housing by hundreds of dollars for an item that very few consumers are currently demanding. The bill was heard in the House Climate Change Committee.

Status: The bill was heard as a discussion matter only, no official action is anticipated at this time

Housing Day at the Capitol

In spite of the limitations on visiting the Capitol, Housing First Minnesota and the Minnesota REALTORS hosted Housing Day at the Capitol on March 15th. The event connected industry members with over 80% of the legislature and provided the opportunity for industry members to share inventory, affordability, and local impacts challenges in our housing market.

Thank you to all who attended and to our sponsors from making the day possible! 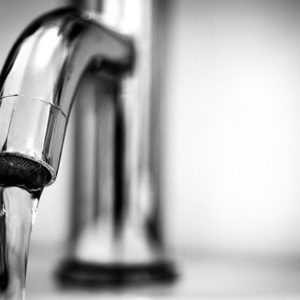 One of the most frequent questions asked by consumers, builders, and plumbing contractors over the past 18 months has been...
© 2019 Housing First Minnesota Online. All Rights Reserved
Back to top