Legislative Session Week Six: What You Need to Know

Week Six at the Capitol is in the books – Here’s what you need to know:

1. Codes:  BATC’s lawsuit moves forward as we get our first chance in court to argue against the sprinkler mandate and energy code requirements on merits of the proposed policy. BATC continues to have discussions with legislators on both sides of the aisle who continue to express interest in helping resolve the code issues. Governor Dayton remains committed to a Sprinkler Mandate, but it’s clear from the on-going conversations that the legislature will elevate this issue at some point. More to come.

2. Met Council Oversight Sub-Committee Looks at Thrive 2040 Plan: The Subcommittee on Metropolitan Council Accountability and Transparency reviewed Met Council’s Thrive 2040 last Thursday. Representatives from the suburban counties of Anoka, Carver, Dakota, Scott, and Washington testified at the hearing and relayed their frustration and opposition to elements of Thrive and the process used to create it. Specifically, the counties stated that they believe Thrive will expand the Met Council’s mission and will be implemented with minimal engagement from elected officials at the local level. These themes have been echoed by local government groups over the past several months and compliment BATC’s public comments during the Thrive discussions. Expect legislation to be considered in upcoming meetings.

3. Budget Forecast Coming Up: Substantive activity on the budget will increase once the February forecast is released by Minnesota Management and Budget on February 27th. As the final forecast prior to the establishment of a two-year budget, legislative leaders will be able to set the “budget targets” for the respective finance committees. Those budget targets are the framework in which each chairperson must work when putting together his or her budget bill. A “plus target” allows for the policy area to authorize new spending or investment while a “cut target” requires a committee to find ways to trim spending from the forecasted base budget.

4. Energy Performance Path: The Department of Labor and Industry has responded to the legislative discussions initiated by BATC in calling for a complete performance path option to demonstrate energy code compliance. According to DLI the energy code contains both prescriptive and performance options that can be used in the design of a residential building, and they are not limited to foundations. BATC is continuing to press the issue of specifically creating a HERS Index Score target as a performance compliance option to our energy code requirements. Expect legislative discussions on this to continue.

5. DFL Disagreement: Governor Dayton and Senator Bakk are in a heated and rare public feud over the Senate’s handling of the Commissioner pay increases initiated by Governor Dayton. While not related to any BATC priorities, this affects political dynamics all the way to the session’s conclusion in May. 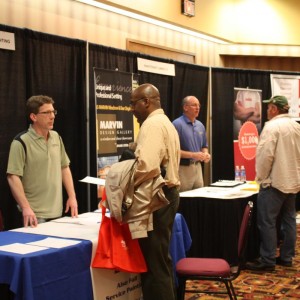 December marked the 3rd highest monthly measure of unfilled jobs in construction since 2007. According to the BLS Job Openings...
© 2019 Housing First Minnesota Online. All Rights Reserved
Back to top