It is the season of omnibus bills at the Minnesota State Capitol. Every day over the week, each chamber is hearing at least one omnibus bill, which are collections of many bills and provisions that are related to each other, making each bill dozens, if not hundreds, of pages long.

Last week, the House of Representatives passed its version of the housing omnibus bill and on Tuesday the Senate passed its companion.

Reviewing each version, there are vastly different approaches to addressing Minnesota’s housing needs. In the House version there is a heavy focus on the allocation of state dollars to affordable housing. Additionally, the DFL authored bill would substantially adjust landlord-tenant relationships and processes.

In introducing the bill, Representative Alice Hausman (DFL, St. Paul) stated, “The programs and policies contained in this bill make critical investments to help close the homeownership gap, to prevent displacement, to ensure evictions don’t unnecessarily block families from affordable housing … and to make sure homes are safe.”

Representative Jim Nash (R, Waconia) spoke against the bill, stating that it does little to address our inventory shortage. “Some of the things in here I really do appreciate and see tremendous value in,” said Nash. “But this is a housing bill and I believe it fails to address some of the fundamental issues that are impeding other people from having the North Star to go home to.”

After multiple hours of debate, the bill passed the House on a party-line vote 69-62.

On the other side of the Capitol, the Minnesota Senate passed a housing omnibus bill more focused on homeownership.

Senator Rich Draheim (R, Madison Lake) is the author of the bill. “Owning your own home has been proven to lead to more successful outcomes including kids doing better in school, better mental and physical health, more community involvement, and greater generational wealth. These are all things we strive for and homeownership is such an important piece of it,” Draheim said.  “I’m excited this bipartisan legislation will help to pave the way for homeownership to many Minnesotans by removing barriers and encouraging more diversity in the housing stock.”

The bill contains several important provisions that will help our industry address the supply shortage and the affordability issues plaguing our marketplace, including language to help address the unnecessary costs that arise from local government mandates in the Planned Unit Development (PUD) process. This legislation would provide an important step toward more new starter homes being brought to the market.

Additional language in the Senate version included a ban on cities from enacting rent control. After a lengthy debate, the bill passed in bi-partisan fashion 39-27.

Now, members from each chamber will form a conference committee to debate and reconcile the differences between the two bills.

Your Housing First Minnesota advocacy team will continue to work closely working with legislators and staff as they have during the entire session as we approach the legislative finish line. Follow our Twitter for frequent updates and to stay engaged. 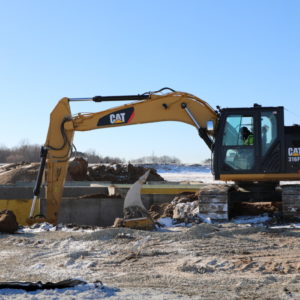 The Minnesota Department of Transportation ended spring load restrictions (SLR) in the SOUTH and CENTRAL frost zones on Monday,...
© 2019 Housing First Minnesota Online. All Rights Reserved
Back to top