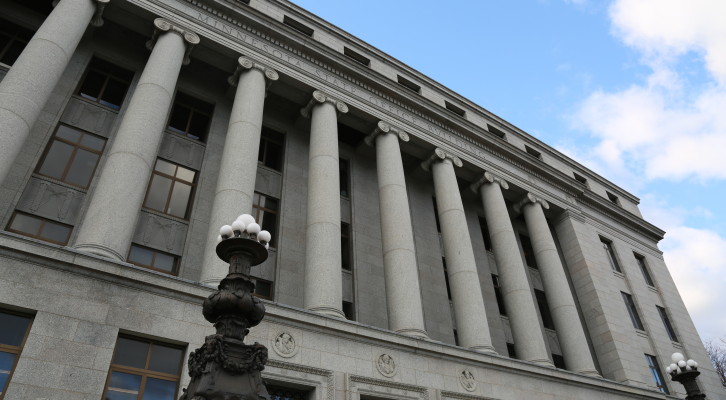 Which state is the most well-run? Not Minnesota, but it comes in close as the number 5 best run state. Each year, 24/7 Wall St. attempts to answer this question. To determine how well states are managed, they examine key financial ratios, as well as social and economic outcomes. This year, North Dakota is the best-run state in the country for the third consecutive year, while Illinois replaced California as the worst-run state.

24/7 Wall St. states that selecting appropriate criteria to compare the 50 states was difficult because there is so much variation among the states. As a result, policy decisions that may work in one state might not work in another. Some states are rich in natural resources, while others rely on high-skilled sectors such as technology and business services. Some depend disproportionately on one industry, while others’ economies are more balanced. Further, some states are more rural, while others are highly urbanized and densely populated.

The majority of the best-run states benefit from an abundance of natural resources. North Dakota, Wyoming, Alaska, and Texas are among the top 10 best-run states, and in all four, the mining industry is a major contributor to state GDP. Due in large part to the mining sector, North Dakota and Wyoming led the nation in real GDP growth in 2013.

Also noted was that the lingering effects of the housing crisis still have a negative impact on several of the worst-run states. In five of the 10 worst-run states — Arizona, Georgia, Illinois, New Jersey, and Rhode Island — home values declined by 10% or more between 2009 and 2013. It’s even worse in states such as Arizona and Rhode Island, the housing market remains well below its peak, reached just before the start of the recent recession.

North Dakota is 24/7 Wall St.’s best-run state for a third consecutive year. People have been flocking to North Dakota: more than 5% of the population in 2013 had migrated from another state or country since 2010. One reason for this is the surging economy. Last year, the state’s GDP rose by 9.7%, the most in the nation. Much of this growth came from the mining industry, which includes oil and gas extraction. In recent years, oil extraction in North Dakota has grown exponentially, driven by drilling in the Bakken formation. This has made the state the second largest oil producer behind Texas. Job growth has also been rapid. North Dakota’s 2.9% unemployment rate was the lowest in the nation last year.

Wyoming’s economy grew by 7.6% last year, the second fastest growth rate in the country behind only North Dakota, and several times the U.S. growth rate of just under 2%. Further, Wyoming is exceptionally productive, with a GDP per capita of $67,857, trailing only Alaska and North Dakota. Wyoming also has extremely strong state finances, with reserves equal to more than 50% of its 2014 general fund expenditures, an AAA credit rating from S&P, and far less debt than most states. A huge reason for the state’s strong economy and financial position is the energy industry. Wyoming accounted for 39% of all coal produced in the U.S. in 2012, far more than any other state. All eight of the largest U.S. coal mines are located in the state’s Powder River Basin. Wyoming is also a major oil and natural gas producer.

Nebraska has long had low unemployment rates, even during the Great Recession. Last year, just 3.9% of the state’s workforce was unemployed, the third lowest rate in the nation. Further, the state’s economy grew by 3% last year, tied for the 10th highest rate in the country. Contributing to this growth was a strong agriculture industry, which accounted for 6.3% of the state’s output in 2013, more than in all but two other states. Nebraska also received high marks for its low debt — at just $1,110 per capita in fiscal 2012, it was second lowest amount in the nation. Nebraska’s constitution prohibits it from borrowing more than $100,000 in bond debt.

Iowa’s 2013 unemployment rate of just 4.6% was sixth lowest in the nation. This has likely contributed to the low percentage of residents without health insurance. Just 8.1% of Iowans did not have health care coverage in 2013, the fourth lowest rate in the nation. The state also had the 12th highest GDP growth rate in the nation last year, at 2.9%. Agriculture, in particular, contributed substantially to economic growth. As of last year, agriculture, forestry, fishing, and hunting accounted for 5.8% of GDP in Iowa, more than in all but three other states. Iowa was is the nation’s top producer of corn and soybeans, as well as the top producer of hogs, according to the U.S. Department of Agriculture’s 2012 Census of Agriculture.

Minnesota residents are among the nation’s wealthiest. A typical household reported income of $60,702 in 2013, among the highest nationwide. Similarly, the median home in Minnesota was valued at more than $180,000 that year, among the higher home values in the nation. Valuable property partly explains the state’s strong tax revenue — the state generated nearly $3,800 per capita in fiscal 2012, more than all but a handful of states. Also, Minnesota’s unemployment rate of just 5.1% in 2013 was among the nation’s lowest. Minnesota also boasts a highly educated workforce. More than 92% of adults 25 and older had attained at least a high school diploma, while 33.5% had at least a bachelor’s degree, both among the highest rates nationwide.

Illinois is the worst-run state in the nation. Like many other low-ranked states, more people left Illinois than moved there. Illinois lost more than 137,000 residents due to migration between the middle of 2010 and July 2013. A poor housing market may partly explain the exodus. Median home values fell 16.2% between 2009 and 2013, the second largest drop nationwide. Illinois has extremely poor finances by many measures. Just 39.3% of Illinois’ pension liabilities were funded as of 2013, worse than any other state. Further, the state’s reserves are estimated at just 0.5% of its general fund expenditure, the second lowest reserves rate nationwide. Both Moody’s and S&P gave Illinois the worst credit ratings of any state, at A3 and A- respectively. According to Moody’s, the state’s rating reflects its low fund balances and high pension obligations, as well as its “chronic use of payment deferrals to manage operating fund cash.”

New Mexico struggles with poverty and low incomes. Nearly 22% of New Mexico residents lived in poverty last year, the second highest rate after Mississippi. A typical household in New Mexico earned less than $44,000 in 2013, below all but a handful of states. The state’s crime rate was also higher than in all but one other state, with 613 violent crimes reported per 100,000 residents in 2013. Like several other states at the bottom of the list, people left New Mexico faster than they moved into the state. Between the middle of 2010 and July 2013, the state lost 9,750 residents to migration alone. S&P recently revised its outlook on New Mexico’s credit rating to negative from stable. The revision was based on New Mexico’s weak economic recovery from the recession and over-reliance on government aid and the energy sector.

Mississippi had the least productive economy in the nation with a GDP per capita of just $32,421 in 2013. By comparison, U.S. GDP per capita was $49,115 that year. Many residents also struggled to find work in the state. Mississippi’s unemployment rate was 8.6% last year, among the highest in the nation. Poor economic productivity and few jobs may explain the state’s low incomes. Last year, the median household income in Mississippi was just $37,963, and 12% of households reported incomes of $10,000 or less, both were the worst of any state. Mississippi had the lowest cost of living in the country in 2012. However, very low incomes still make life difficult for many residents. Mississippi had the nation’s highest poverty rate in 2013, when 24% of the population lived below the poverty line. It also had the second highest share of households that used food stamps last year, at 19.4%.

Rhode Island is one of only two states that declined in population in recent years. The total state population dropped by more than 1,000 between April 2010 and July 2013. Driving this change was the fact that more people left than relocated to Rhode Island. A poor job market may account for part of the exodus — 9.5% of the state’s workforce was unemployed as of last year, the second highest rate nationwide. A typical home in the area was worth $232,300 in 2013, one of the highest median values in the nation. However, this was after a 13% decrease from 2009, nearly the worst drop in property values nationwide. Rhode Island’s state debt level totalled 116% of revenue in fiscal 2012, one of only a few states where debt levels exceeded a year of revenue.

Kentucky had one of the lowest violent crime rates in 2013, at 210 incidents per 100,000 residents. But while Kentucky is relatively safe, its residents are worse-off financially than those in the vast majority of states. A typical household earned less than $44,000 in 2013, lower than in all but four other states. Due in part to the low incomes, more than 17% of Kentucky households used food stamps last year, nearly the highest rate nationwide. Low educational attainment rates likely explain in part the poor economic outcomes in Kentucky. As of 2013, just 84.1% of adults had completed at least high school, and less than 23% had completed at least a bachelor’s degree. Both of these were among the lowest rates nationwide.

Few states received lower credit ratings than Arizona from the two largest rating agencies, S&P and Moody’s. S&P awarded the state a rating of AA-, while Moody’s rates Arizona an Aa3 on its scale, both worse than most states. However, Moody’s recently upgraded the state’s outlook on improved fund balances, as well as low debt and net pension liabilities. Additionally, as with Florida, Arizona is in the midst of a housing market recovery after a brutal downturn during the recession. Last year, home values in the state rose 9.2% from the year before, better than all states except for Nevada. Despite this, the median home value was still down by nearly 12% between 2009 and 2013, by comparison, the U.S. median home value fell 6% in that time.

Check out the full ranking here >>

New 3% Down Payments Will Open Doors 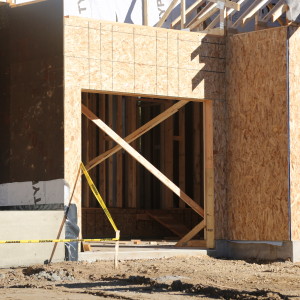 According to the Commerce Department U.S. Construction spending is up 1.1 percent, the highest level since May. NAHB analysis...
© 2019 Housing First Minnesota Online. All Rights Reserved
Back to top