As 2022 drew to a close, Gov. Tim Walz named a new commissioner for the Minnesota Department of Labor and Industry (DLI), and environmental regulations changes occurred at the state and federal levels.

“We appreciated Commissioner Blissenbach and her team taking the time to discuss Minnesota’s housing challenges,” said James Vagle, CEO.  “The Department of Labor and Industry plays a critical role for our industry and Housing First Minnesota looks forward to our continued productive relationship with the agency.”

Commissioner Nicole Blissenbach has been with the agency since 2019 and previously served as DLI’s deputy commissioner, overseeing the work of the Labor Standards, Minnesota OSHA Compliance, Minnesota OSHA Workplace Safety Consultation, the Office of General Counsel, Research and Statistics, and Projects and Planning work units. Her first role with the agency was as assistant commissioner for Enforcement and Compliance Strategies and Partnerships.

Throughout meetings and comments to the EQB since 2021, Housing First opposed this form modification as this new mandate is costly and requires information that cannot legally be used by government officials to deny or approve a project.

“This unnecessary form change opens up housing to environmental NIMBYism,” said Nick Erickson, senior director of housing policy. “California, which created these types of reviews, is seeking to remove these requirements as these disclosures are used to oppose the development of needed, new housing.”

Members need to know that this form cannot be used to compel developers to make changes to their projects other than those previously authorized under state law.

The EQB is holding a listening tour to solicit general feedback from stakeholders whose work is impacted by the EQB’s programs (registration link). A virtual listening session will take place on Monday, Jan. 30, 2023, from 4-6 p.m. Written comments are due Friday, Feb. 17, and can be submitted online.

On Dec. 30, the EPA released a new definition for “waters of the United States” that reinstitutes the pre-2015 rule often requiring federal permits for developments involving wetlands.

The revised WOTUS rule includes any water, including wetlands, found to have a “significant nexus” to other waters and that “adjacent wetlands are jurisdictional if they meet either the relatively permanent standard or the significant-nexus standard, or where the wetland is adjacent to a traditional navigable water, the territorial seas, or an interstate water.”

“The WOTUS rule has long been considered to be imperfect and is one of the few roadblocks to housing affordability and access that come directly from the federal government,” said Nick Erickson, senior director of housing policy. “By reverting to the pre-2015 definition, more wetlands will fall under federal jurisdiction, requiring federal reviews with added costs for homebuyers.”

The new definition is likely to take effect in March, around the same time the United States Supreme Court releases a legal challenge to the expanded program.

You've Entered a Home in the Parade of Homes or Remodelers Showcase...Now What? 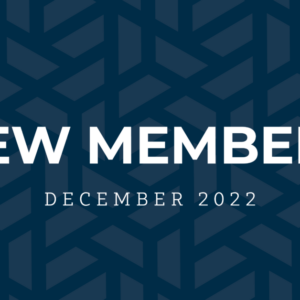