The Voters Have Spoken

Nearly a week after Election Day, we have final results. And in typical Minnesota fashion, divided government will continue.

Come January 5, the Minnesota Senate will remain controlled by Republicans with the slimmest of margins, 34-33. The Minnesota House will remain in DFL control 70-64, albeit with a slimmer margin than they previously had.

Many housing champions from both parties won election or re-election to the Capitol. In fact, sixty-six out of sixty-nine (96%) Housing First PAC endorsees were victorious!

Housing First Minnesota elevated the housing industry during the 2020 election. “Elections are about priorities, and there is no doubt that housing was elevated as a top tier issue across the state thanks to our efforts in the 2020 elections,” said David Siegel, Housing First Minnesota Executive Director. “Our strategic plan calls for us to highlight housing’s importance and grow the caucus of housing champions and I’m pleased to report that we achieved these objectives.”

We now turn our attention to working with Governor Walz and the new legislature in January.

Some of the more high profile housing races include: 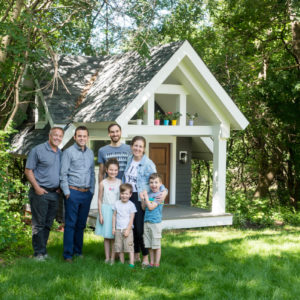 Written by Wendy Danks | Photography by Dan Iverson, Anthologie Debra and Alex Arbit had bid on and won a delightful...
© 2019 Housing First Minnesota Online. All Rights Reserved
Back to top