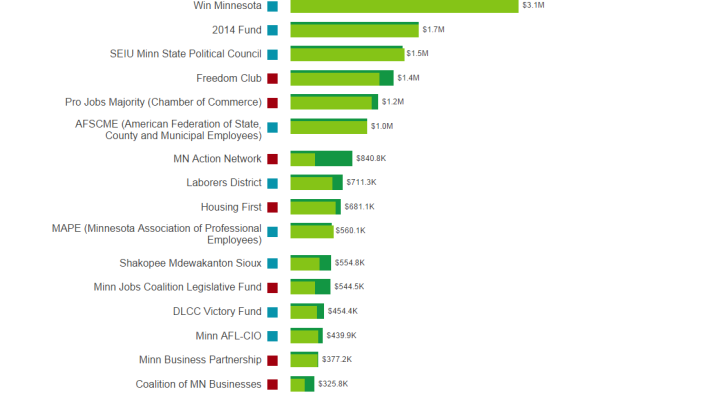 Housing First Among Top ‘Outside’ Political Groups in MN

MinnPost’s  Briana Bierschbach and Alan Palazzolo wrote an expansive piece on the presence and influence of political funds and groups in the 2014 Minnesota elections. BATC’s Independent Expenditure Fund, Housing First, finds itself among the ‘Top 20’ organizations in the state in terms of funds raised and spent on behalf of pro-housing candidates, checking in as the #4 business group and the #11 group overall.

Housing First and other similar groups have fundamentally changed electoral communications in Minnesota, a direct result of the 2010 Citizen’s United decision by United States Supreme Court, which allowed for union and corporate electioneering communication provided it was done independently and without any coordination with a campaign.

This has allowed Housing First to broaden its fundraising capacity and to manage its own campaign to promote housing affordability and pro-housing candidates. Housing First has done this through a myriad of digital advertising, direct mail, and cable TV advertising. Additionally, Housing First invested heavily into data and polling to guide messaging and independent expenditure decisions.

What does Housing First’s place among the top political organizations mean for BATC and the homebuilding industry? It means our industry and key issues are elevated in a new way and that we will likely see more pro-housing elected officials than we’ve had in the past. Over the long-run, this will help our industry drive the housing affordability message in several forums, like the building code development process, Met Council planning, and the host of legislative issues that impact our industry every year.

Look for updates of the 2014  campaigns soon. Tomorrow is election day – Vote! 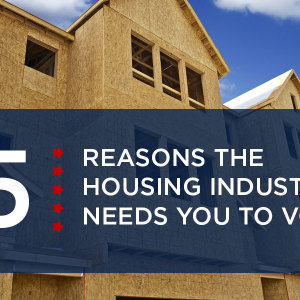 Find your polling place and get to know your candidates, because this year the housing industry must vote. Here are 5 reasons...
© 2019 Housing First Minnesota Online. All Rights Reserved
Back to top